Srinagar (Jammu and Kashmir) [ANI], Aug 13 (ANI): Sheikh Najeeb Shafi, a Kashmiri youth from Srinagar has made the Valley proud by time and again participating in the national India Skills competition and bringing home laurels in the field of Robotics.
Najeeb, currently a B. Tech student, found his passion for robotics at a very young age and spent a lot of time on his projects.
"When I was younger, Whenever my father would buy me toys, and I was always more excited to break open it and see what was inside, rather than playing with the toy. I was very intrigued by the mechanics and started to join parts of different toys together and make my own things. Slowly, I started to understand how the inner mechanics really worked." he told ANI.
He believes that hard work and passion takes precedence over formal training in a field like robotics. Despite being a bright and curious student, Shafi failed his Class 12 exams three times and finally dropped out of school to pursue his passion for Robotics.
"I was never very good at studies. I couldn't understand why I should copy-paste something from a textbook. I didn't like that everything has to be memorised and there was very little real-life application. I gained all my knowledge outside of school. In Class 8, a friend of mine gave me a Class 12 physics textbook and I picked up on a lot of important concepts. I also used to teach final year B. Tech students and help them with their college projects, like drone algorithms and robotic arms. My passion and hard work taught me all that I needed to bring my ideas to life. I have never even taken any professional course for robotics. Many people ask me how I plan to pursue this field without formal training but I believe that hard work and dedication are more important," he said. 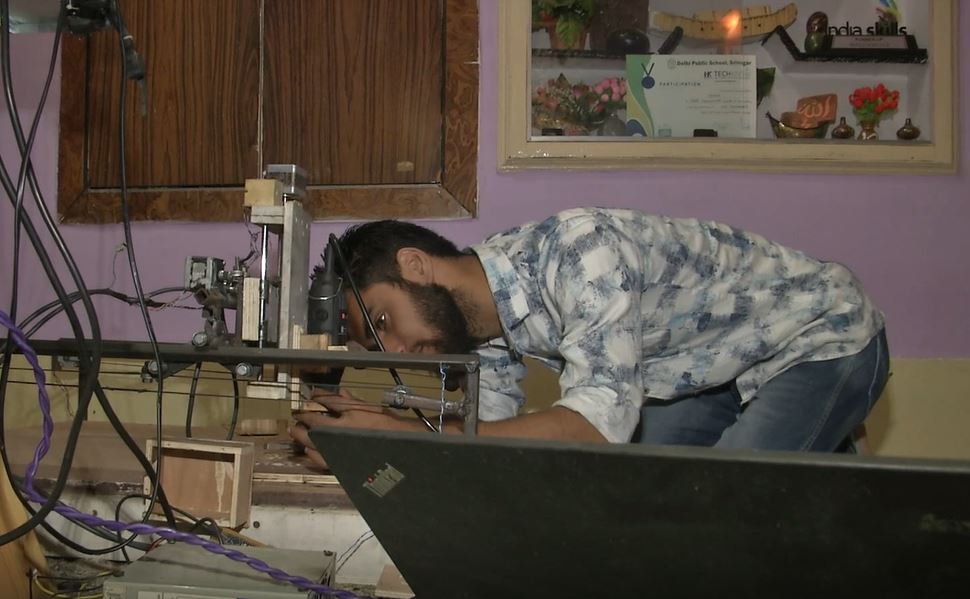 According to Musaib Ahmad, Najeeb's brother, initially, even his family was not very supportive if his passions.
"We used to think he spends too much time on his projects as he would often skip meals and was doing quite poorly in school. But after seeing his growth we gave him our wholehearted support," Ahmad told ANI
Najeeb faced a lot of criticism from his peers and teachers who frequently discouraged him from spending so much time on his passion.
"The India Skills competition gave me the opportunity to showcase my skills on a national platform and gave me the assurance that I have made something of myself. I hope to get a chance to represent my country in Russia someday too," he added. (ANI)