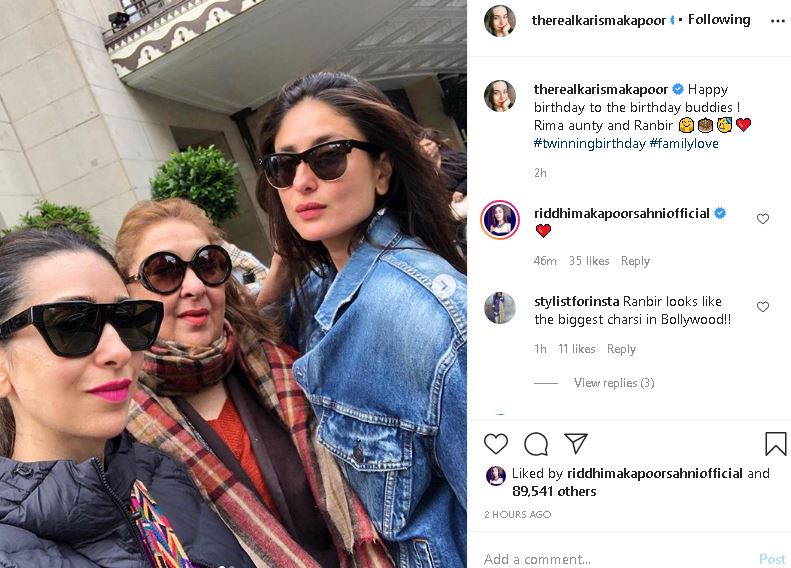 On the other hand, the second snap catches a glimpse from a party, wherein Karisma and Ranbir are seen posing along. The 'Sanju' star is seen suited up as he hugs Karisma dolled up in a golden sequence gown, while Ranbir winks and Karisma smilingly posed for the camera.
The 'Raja Hindustani' actor penned birthday wish in the caption and wrote, "Happy birthday to the birthday buddies! Rima aunty and Ranbir #twinningbirthday #familylove."
Ranbir's sister Riddhima Kapoor Sahni and more than 89,000 fans liked the special birthday post.
Earlier in the day, Kareena Kapoor also extended birthday wishes to Rima and Ranbir by posting pictures on Instagram. (ANI)