New Delhi [India], February 15 (ANI): Bollywood actor Kareena Kapoor Khan on Monday wished her father and veteran actor Randhir Kapoor on his 74th birthday by sharing a priceless throwback picture of him.
The 'Angrezi Medium' actor took to her Instagram handle and shared an old monochromatic photo of her father from his younger days, with his name signed on it. Describing her father, Kareena wrote, "Handsomest, funniest, wittiest, warmest, strongest and bestest... Happy Birthday Papa." 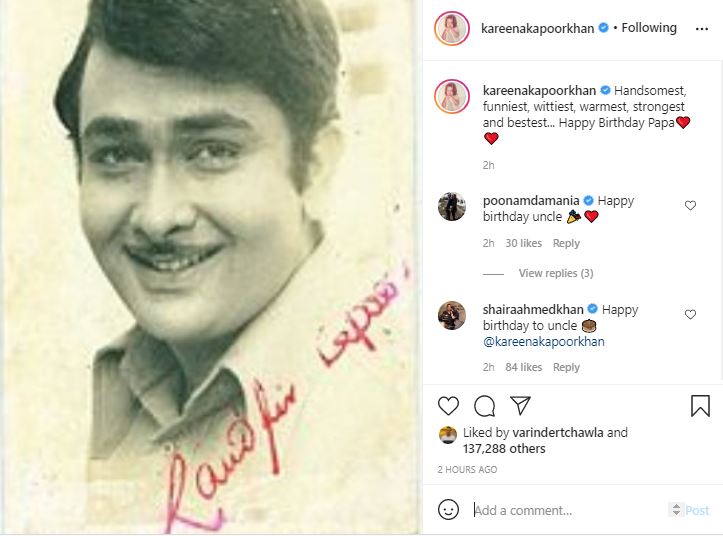 Meanwhile, earlier on Valentine's Day, Kareena's sister Karisma Kapoor also shared a photo with Randhir Kapoor, captioning it as, "Papa you are my Valentine #staystrongstayhealthy." 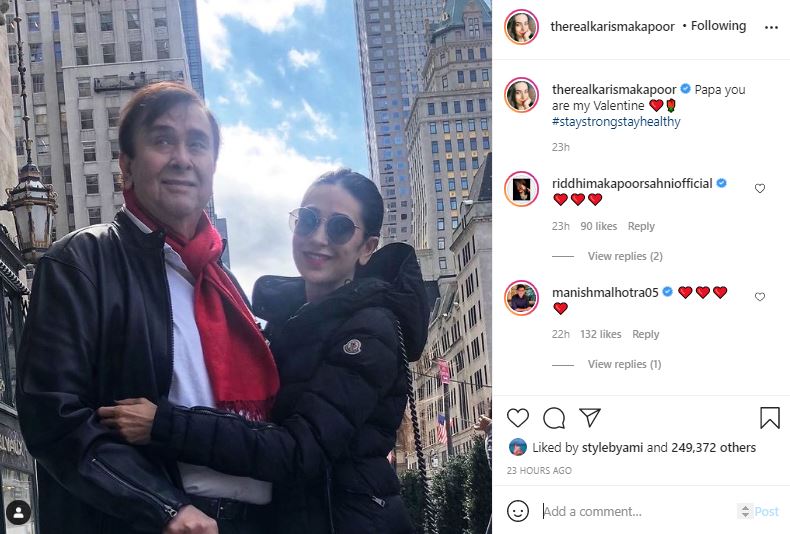 On the work front, Kareena will be next seen in 'Laal Singh Chaddha' co-starring opposite Aamir Khan. The movie is slated to hit the big screens on Christmas this year.
Adapted by Atul Kulkarni and directed by Advait Chandan, 'Laal Singh Chaddha' is an official Hindi remake of Robert Zemeckis' Oscar Award-winning 1994 film 'Forrest Gump', that featured Hollywood star Tom Hanks in the titular role. (ANI)