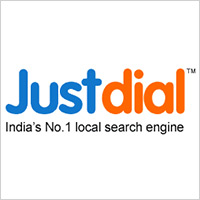 08 November, 2014
Print this article Font size -16+
Search service provider Justdial rose as much as 19.2 per cent in its stock market debut on Wednesday after the company raised about $165 million last month in the country's biggest listing so far this year.

Despite the strong debut, investment bankers and analysts said Justdial's listing was unlikely to open up India's moribund IPO market in the near term, given only a few medium-to-large sized issues are in the pipeline.

"The secondary market needs to be extremely strong for IPOs to benefit. So unless it is a unique IPO, it wouldn't be successful."

Justdial's IPO, in which the company's founders and private equity investors including Sequoia Capital and Tiger Global sold some of their shares, was the biggest since Bharti Infratel Ltd's IPO of about $750 million in December last year.

Mumbai-based Justdial, which offers search for local businesses through Internet and mobile platforms, sold 17.5 million shares through the IPO, or 25 percent of its total equity, which was subscribed 11.6 times.

Citigroup and Morgan Stanley were the lead managers to the issue.