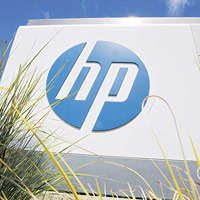 08 November, 2014
Print this article Font size -16+
Bad advice or lack of due diligence? Either way, HP has paid the price. Shocking investors, the computer maker said it would write down $8.8 billion owing to an alleged accounting fraud at UK software firm Autonomy, which it bought in 2011. And it has led to a $5 billion charge in the company’s latest quarterly results. Some 15 financial, legal and accounting firms were involved in the nearly $12 billion acquisition and, it seems, none smelt a rat. HP has asked US and UK authorities to probe misrepresentations of Autonomy’s finances. The alleged irregularities included hardware sales that were reported as software revenues, which inflated both overall revenues and profit margins. But Autonomy’s former management team rejected the charges and said HP had mismanaged the firm since acquisition. HP had hired accounting firm Deloitte to audit Autonomy’s finances and later roped in KPMG to vet the results.
Dark Deeds
Authorities are probing Cadbury India for possible tax evasion of $36 million. Union minister of state for finance S.S. Palanimanickam said two cases have been detected by the Directorate General of Central Excise Intelligence between 2009-10 and 2012-13. Cadbury India is controlled by Mondelez International. In 2011, another probe was initiated to check whether Kraft needed to pay taxes on its $19 billion Cadbury buy.
Taking The Title
Despite all the bad vibes it has been getting in the recent past, the Indian Premier League has managed to get a new title sponsor, that too for a handsome fee. Food and beverages major PepsiCo has scored over telecom giant Bharti Airtel to win the title sponsorship rights for the IPL for five years for Rs 397 crore. Airtel had bid Rs 316 crore. The incumbent sponsor, real estate firm DLF, did not renew its contract for the T20 league. PepsiCo will pay almost double the sum DLF has been paying since 2008.
A Passage To India
Finally, it is official. Swedish furniture maker Ikea has got the nod from the Foreign Investment Promotion Board to enter India’s single-brand retail market. Ikea plans to invest about Rs 10,500 crore in the country and the proposal now needs the approval of the Cabinet Committee on Economic Affairs.
Style Statement
Kishore Biyani is dreaming big. His retail giant Future Group is expecting about
Rs 4,000 crore from the lifestyle business in the first year of operations. The group recently demerged its fashion business under a new brand, Future Lifestyle Fashion, to be listed soon.
Added Tenure
Subir Gokarn, deputy governor of the Reserve Bank, has got a month’s extension as the government is yet to find a replacement for him. The issue hogged headlines in the past few days. Gokarn’s three-year term at the central bank came to an end on 24 November.
Debt Trap
Bad loans of public sector banks (PSB) stood at over Rs 1.43 lakh crore as of September, against Rs 1.12 lakh crore as on 31 March. The gross non-performing assets of SBI accounted for 33 per cent of its total assets, said Union minister Namo Narain Meena.
Curtain Call
Scandal-hit British broadcaster BBC has found a new director-general in Tony Hall, the current chief executive of the Royal Opera House. He will replace George Entwistle who resigned earlier this month following the Jimmy Savile sexual abuse scandal. Hall is a former news head at BBC.
Tech Titan
Wipro has topped the 18th edition of Greenpeace’s Guide to Greener Electronics list in its maiden appearance, toppling global heavyweights such as Apple, Samsung, Dell and Nokia.
Working Up A Lather
According to Paul Polman, chief executive of Unilever, the global consumer goods major will generate three-quarters of its revenue from developing markets such as India and China by 2020. Emerging markets contribute 55 per cent of the company’s business now.