Jennifer Lopez flaunts 'beach body' as she meditates on shore

Jennifer Lopez flaunts 'beach body' as she meditates on shore

Washington [US], January 5 (ANI): American actor and singer Jennifer Lopez raised the temperature on Tuesday (local time) with her new monokini picture.
The clip shared by the 51-year-old star that shows her spreading Monday motivation for fans has been taking social media on the blaze as the post gained more than 12 million views in less than a day of being posted.
Lopez who is often seen sharing inspiration on social media by flaunting self-love posts is seen showcasing her toned abs while meditating on the shore. She wrote, "#Meditation and #affirmations #MondayMotivation" 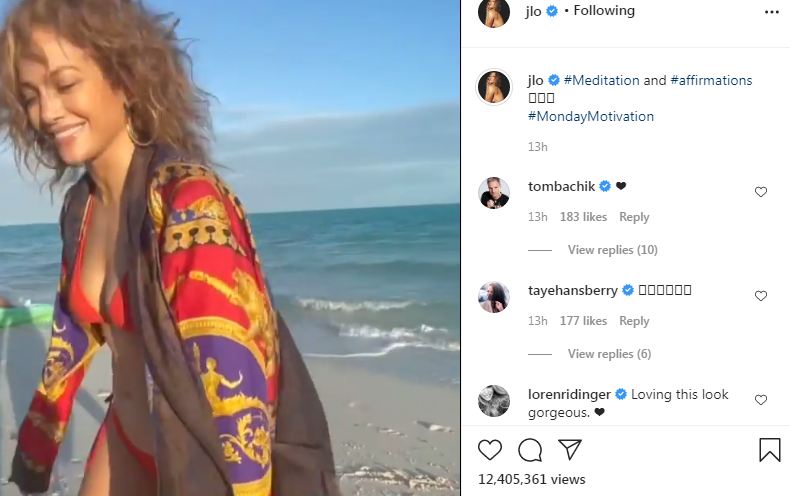 The printed customized shrug that reads the initials of the name of the star 'JLO' complements her wavy open hair and hogs the attention on the micro-blogging site.
Of the late, Jennifer Lopez ringed into the New Year with a 'smashing' performance at the 'Dick Clark's New Year's Rockin' Eve.' Lopez was the star performer of the New Year's Eve event that took place at Times Square in New York City. (ANI)