Washington [US], October 27 (ANI): American actor Jennifer Garner is absolutely not pregnant and had no idea the degree to which many believed her to be after she shared a photo of a carved pumpkin inside of a larger pumpkin.
According to Fox News, the 48-year-old actor's fans mistook her social media post as a pregnancy announcement and the 'Peppermint' star was quick to point out that she was, in fact, not pregnant. 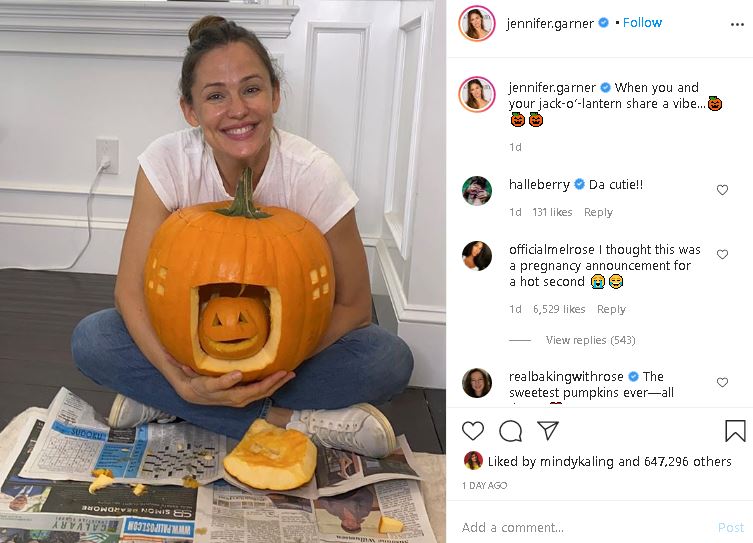 Garner captioned the makeup-free snap adding three pumpkin emoji on Instagram, "When you and your jack-o'-lantern share a vibe..."
"Wait....are you pregnant or is this something from back when someone posted a pic and thought you were but it was quarantine weight?!" one fan inquired. "Please say you are!!!"
"I thought this was a pregnancy announcement for a hot second," another chimed before Garner, who already shares three children with ex-husband Ben Affleck, responded, "STILL NOT HAVING MORE BABIES. good grief, i didn't even see it, I just saw the matching smiles."
As reported by Fox News, Garner also fended off pregnancy rumours in September when she shared a video of herself dancing in blue overalls and a social media user replied asking if she was pregnant at the time.
Garner responded, "I am 48, have three healthy kids, and am not--and never will be--pregnant," "We can lay that pupper to rest. Have [sic] a gained the Covid 19? Possibly. But that is another story [laughing, pizza, taco, donut, chocolate, wine emojis]."
Garner and Affleck share daughters 14-year-old Violet, 11-year-old Seraphina and 8-year-old son, Samuel. (ANI)