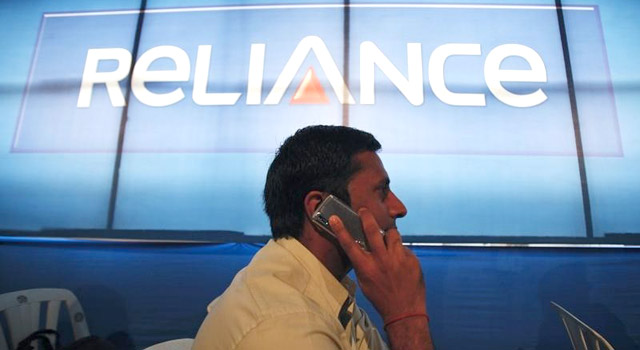 14 January, 2015
Print this article Font size -16+
Reliance Capital Ltd on Thursday said Japan's Bank Sumitomo Mitsui Trust will acquire an initial 2.77 per cent stake in the company for $58.4 million.
Sumitomo Mitsui will buy the stake at 530 rupees per share through preferential allotment, Reliance Capital said in a statement. The deal represents a premium of 6.5 per cent over the stock's Wednesday close.
Reliance Capital also said it intends to establish a new bank in India with Sumitomo Mitsui as a strategic partner, when the central bank's policies permit its formation.
"We believe Sumitomo Mitsui Trust will play an important role in the future of our company, through their all-round support and long standing experience, and will help accelerate our growth as we tap new opportunities and expand our existing businesses," Reliance Group Chairman Anil Ambani said.
Reliance Capital said it will also support clients of Sumitomo Mitsui Trust Bank in their supply chain financing and advisory needs in India.
On the other hand, SMTB will support Reliance Group across its various listed group companies by providing a wide range of financial and other services in Japan and Asia Pacific region.
"We are particularly delighted to collaborate on a number of business initiatives that are proposed, and thereby contribute towards the development of the Indian financial industry through our collaboration with Reliance Capital, which we believe will be a very successful one," SMTB President Hitoshi Tsunekage said.
Besides financial services, Reliance Group is present across a number of consumer-facing businesses such as telecom, energy, power, infrastructure and media and entertainment.
The strategic tie-up with SMTB was approved at a board meeting on Thursday in Mumbai of Reliance Capital, which has already announced a number of tie-ups with Japan's Nippon Life.
Last month, Reliance Capital announced that Nippon would increase its stake in Reliance Capital Asset Management Company to 49 per cent from 26 per cent, while investing Rs 657 crore for the first tranche of nine per cent.
In September, Reliance Capital had said it was looking forward to partner with global companies in health insurance business that would help in bringing best practices, products and service to the Indian market.
A financial conglomerate, Reliance Capital has interests in asset management and mutual funds, life and general insurance, commercial finance, equities and commodities broking, among others.
Sumitomo Mitsui Trust Group is also the fourth-largest bank in Japan (in terms of market capitalisation and corporate loans) and Japan's largest financial institution managing assets of $682 billion and assets under custody of $1.8 trillion as of September 2014.
Established in 1925 as the former Sumitomo Trust Company, SMTB forms the core of Sumitomo Mitsui Trust Group as a large scale trust bank in most of the business areas of trust banking industry.
Nippon Life also holds 26 per cent stake in Reliance Life Insurance Company, which it had bought for Rs 3,062 crore.
This deal was completed in October 2011 and it had valued the Indian insurer at over Rs 11,500 crore at that time.
Recently, Nippon also gave indication that it was willing to hike its stake in Reliance Life as well once the regulations permit so.
The Indian government has proposed to hike FDI cap in insurance sector from 26 per cent to 49 per cent and promulgation of an ordinance in this regard was approved by the Union Cabinet on Wednesday.
Earlier, Nippon Life had also reiterated its commitment to partner the Indian group in its proposed 'Reliance Bank' venture once the banking licence is granted by the RBI.
Financial services major Reliance Capital last month reported 20 per cent rise in its second quarter net profit at Rs 217 crore, helped by robust growth in mutual fund, commercial finance and general insurance businesses.
The total income rose by 12 per cent to Rs 2,084 crore for the quarter ended September 30.
(Agencies)
Tags assigned to this article:
news 5 investment reliance adag anil ambani reliance capital sumitomo mitsui hitoshi tsunekage