Mumbai (Maharashtra) [India], February 24 (ANI): Bollywood star Janhvi Kapoor on Wednesday paid tribute to her late mother and iconic actor Sridevi on her third death anniversary. Janhvi shared a handwritten note remembering her late mother.
The 'Gunjan Saxena: The Kargil Girl' actor took to Instagram and put out a note that seems to be written by Sridevi for Janhvi. It read, "I love you my labbu. You are the best baby in the world."

Khushi Kapoor too took to Instagram and shared a throwback picture of her parents Sridevi and Boney Kapoor, where the duo can be seen on a vacation. She did not caption the post. 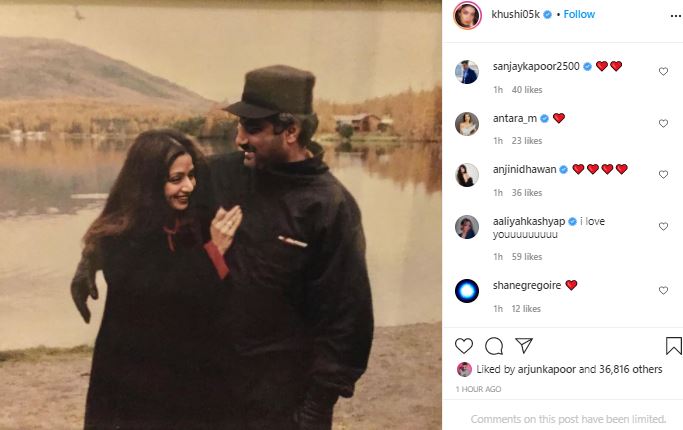 Sridevi breathed her last on February 24, 2018, in Dubai, where she had gone to attend a family wedding.
Born as Shree Amma Yanger Ayyapan in 1963, she was known for her iconic roles in Hindi movies like 'Chandni', 'Lamhe', 'Mr India', 'Chaalbaaz', 'Nagina', 'Sadma' and 'English Vinglish', among many more.
The Padma Shri awardee had also made a mark with her extraordinary performances in Tamil, Telugu, Hindi, Malayalam, and Kannada films. Her last film was 'Mom', for which she also received Best Actress National Award, posthumously.
She had a brief cameo in the 2018 film 'Zero', starring Shah Rukh Khan, Katrina Kaif, and Anushka Sharma. Sridevi had already shot her scenes for 'Zero' before she passed away.(ANI)