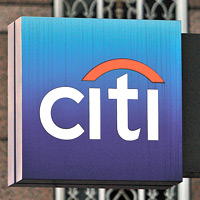 Bitter Pill
A weaker rupee and troubles with US regulators have taken their toll on Ranbaxy Laboratories' books. The pharma major posted a Rs 2,983 crore net loss for the quarter ended December 2011 over the year-ago period. Ranbaxy had posted a net loss of Rs 97 crore in the same period a year ago. In December, Japanese Daiichi Seiko-owned Ranbaxy had paid USFDA $500 million to lift a ban on import of drugs from some of its factories in India.

A Whopping Bill
Liabilities on employee retirement benefits of BSE-100 firms grew by 45 per cent to Rs 290,000 crore last fiscal from Rs 200,000 crore a year ago, shows a study by risk management consultancy Towers Watson. Unfunded employee benefit liabilities have more than doubled to Rs 58,000 crore as on 31 March 2011.

New Battle
Telecom major Econet Wireless is seeking at least $3.1 billion in damages from Bharti Airtel in a dispute over ownership of its arm Airtel Nigeria. The move follows a Nigerian court ruling on 30 January that termed Airtel's ownership of Airtel Nigeria is void because co-founder and 5 per cent shareholder Econet was not consulted on the transfer of shares to Bharti. But Airtel says it is not aware of any such move.

Union Issue
Anil Agarwal-promoted mining major Vedanta Resources is likely to finish the merger of two of its key arms Sesa Goa and Sterlite Industries. This will give birth to a Rs 40,000-crore metals player. In September 2008, Vedanta had made a similar move, but had to withdraw as many of its investors protested.

For The Jaguar
Tata Motors will double investments in its Jaguar Land Rover (JLR) brands to £1.5 billion a year, even as it warned that it will be a challenge to sustain high margins at its key profit generator. Generating high revenues, JLR has driven the company's growth in recent quarters.

Paying Dearly
He failed and he has to pay. So feels the AT&T board. The largest phone company in the US has asked CEO Randall Stephenson to take a $2.08 million pay cut for 2011 as he had failed to successfully complete the acquisition of T-Mobile. Instead of $20 million or more, Stephenson will take home $18.7 million.

Throwing Peanuts
Salary increases in India are projected to be 11.9 per cent in 2012, according to HR consultancy Aon Hewitt. The projections for 2012, in the 16th Annual India Salary Increase Survey, were marginally lower against the actual increase of 12.6 per cent in 2011.

Down, Down, Down
Well, it's far from over. The euro zone's economy is heading into its second recession in just three years, says the EU executive. It warns that economic output in the 17 nations sharing the euro will contract 0.3 per cent this year.