It's Pawri time on sets of Bhumi Pednekar, Rajkummar Rao-starrer 'Badhaai Do'

It's Pawri time on sets of Bhumi Pednekar, Rajkummar Rao-starrer 'Badhaai Do' 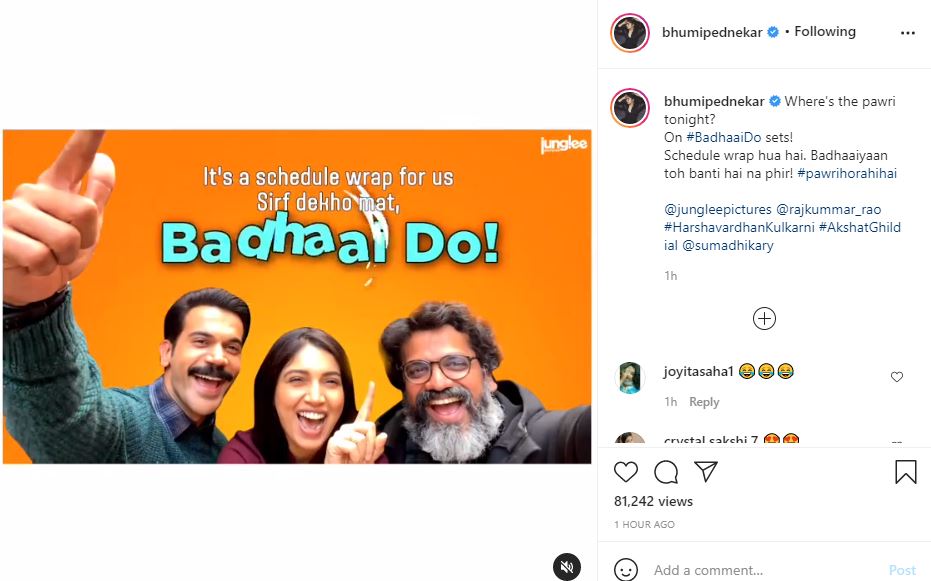 Ever since the sequel of 'Badhaai Ho' has been announced, fans have been elated to witness the comedy-filled family entertainer. With the addition of Rajkummar and Bhumi as the lead stars for 'Badhaai Do', the film already promises to impress.
'Badhaai Ho', back in 2018, was one of the most successful movies that also won a National Award for the Best Film in 2019 for its unconventional storyline and impactful yet convincing performances.
While Rajkummar plays the role of a cop in the second installment, Bhumi will be seen playing a PT teacher with big dreams in the film. (ANI)