It’s All About Size 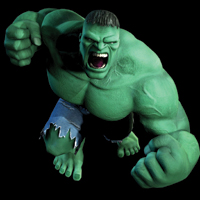 If it ain't broke, don't fix it." Sensible advice, but attempting to improve things that are doing just fine, is necessary when ground reality changes. So it is with the BW Real 500, the definitive ranking of India's biggest companies. BW's methodology combines the long-term track record (as reflected in total assets) and current performance (as reflected in total income) of India's biggest companies to bring out the true extent of their size. That way, companies that have put in a lot of money into projects to create huge asset bases, but are yet to earn income from them are given their true worth in the rankings.

This year, however, there has been a significant change in the methodology — we used consolidated numbers of companies and their subsidiaries and associates to assess the true size of a business enterprise. It was the need of the hour. Indian companies had gone on a merger and acquisition (M&A) binge in 2007-08, even of companies much larger in size — think Tata Steel-Corus, Hindalco-Novelis, etc. Some big-ticket M&As happened last year too, the most significant being Tata Motors's buyout of marquee UK luxury car maker Jaguar-Land Rover. Taking standalone results would no longer paint a true picture of their real size.

The results have been eye-opening. Expectedly, companies that had big M&As to show jumped up the rankings much more than those who grew only organically. For example, had the rankings continued on a standalone basis, Tata Steel would have had a size (total assets + total income) of Rs 96,484.45 crore this year. However, with a consolidated size of Rs 2,70,469.80 crore, the company has leapfrogged to the rarefied club of India's five biggest companies, at No. 4.

What has also happened is that companies that did not necessarily have big-ticket M&As but have several subsidiaries, also jumped up the rankings. Take auto major Mahindra & Mahindra (M&M), for instance (its buyout of Satyam Computers is not reflected in its consolidated accounts yet). With the numbers of its many subsidiaries in areas such as technology, trading services, even steel, adding muscle to its accounts, M&M's size grew to Rs 60,995.39 crore this year from Rs 23,663.25 crore last year, pitching it into rank No. 19 (from 34 last year). There have been other significant jumps, too (see ‘Galloping Ahead' on page 42).

One other fallout of the change in methodology has been that many companies that were in the BW 500 listing for long, and are still large enough to waltz into the rankings on their own, have now exited simply because they are subsidiaries of other companies. These include Mangalore Refinery & Petrochemicals (ranked a high No. 15 last year, a subsidiary of Oil & Natural Gas Corporation); Chennai Petroleum Corp. (No. 17 last year, subsidiary of Indian Oil Corporation); Hindustan Zinc (37, Sterlite Industries); Ultratech Cement (66, Grasim Industries); TVS Motors (122, Sundaram Clayton); and Tech Mahindra (123, M&M).

Whether the big M&As have added value, rather than only size, to the companies concerned is another matter. "The acquisitions have not been brilliant successes," says Jayesh Desai, partner at Ernst & Young. "All of them borrowed money, leveraged themselves hugely. I would still strongly defend the Corus acquisition, because it changed the game for Tata Steel, but not the others." Apart from integration issues — there are rumbles of discontent already among Corus's employees, for instance, regarding bonus payments — the most immediate impact of the M&As is on profitability of the companies. According to Centre for Monitoring Indian Economy (CMIE), Hindalco's standalone net profit for 2008-09 is a handsome Rs 2,002.79 crore. But with Novelis and other subsidiaries' numbers consolidated with it, net profit shrinks to a piffling Rs 46.74 crore. The story is even more dramatic for Tata Motors — standalone net profit Rs 936.96 crore; consolidated, net loss of Rs 2,502.70 crore.

Compared to last year, when companies were assessed on a standalone basis, net profit for all companies that comprise the BW Real 500 in 2009 has shrunk by almost 10 per cent, indicating that not all is well with India Inc.'s myriad subsidiaries and associate companies. Last year, net profit had shot up by almost 50 per cent.

This kind of churn and impact changes companies' positions on various parameters substantially. To give you a clearer picture, we have also ranked the top 100 companies by net profits (see page 76) and by maximum shareholder returns (page 71), and top 50 companies on the basis of return on assets and price-earnings ratio (page 77). For the icing on the cake, we have leveraged the power of the internet to present to you a host of ratios on our website, www.businessworld.in. We have used CMIE's Prowess database to compute statistics such as profit per employee, net non-performing assets (NPAs, for banks), cash profit to total income, raw material turnover, cash to current liabilities, and many, many more.

With inputs from Sourav Ray