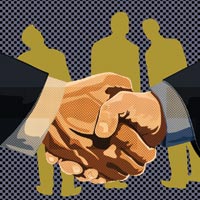 08 November, 2014
Print this article Font size -16+
Invesco Ltd is set to buy a 49 per cent stake in the asset management unit of Religare Enterprises Ltd, controlled by billionaire brothers Malvinder and Shivinder Singh, for about Rs 450 crore, a source with direct knowledge of the deal said.

While India's crowded mutual fund industry is facing headwinds in the near term because of new regulations and rising competition, some foreign asset managers such as Japan's Nippon Life Insurance Co are betting on long-term gains in Asia's third-largest economy.

A spokesman at Religare declined to confirm the stake sale in the unit Religare Mutual Fund, first reported by The Economic Times newspaper, but said Chief Executive Shachindra Nath would be making a major announcement at a media briefing at 0715 GMT.

A Hong Kong-based spokeswoman for US money manager Invesco declined to comment.

Religare Mutual Fund had assets under management of 109.58 billion rupees for the April-June quarter, according to data from the Association of Mutual Funds in India, ranking it No.14 among the country's 44 asset managers.

T. Rowe Price Group Inc paid $140 million in 2009 for a 26 per cent stake in UTI Asset Management Co, which is controlled by four state-run financial institutions.