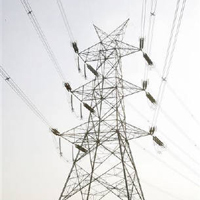 08 November, 2014
Print this article Font size -16+
Many are hailing the Interim Budget announced on Monday (17 February) by P Chidambaram, as the best possible in the given circumstances. But in reality it does little for the heavy industry sector, except perhaps steel due to the impetus for the auto sector. It is important to remember it is an interim budget – valid for barely two months, no impact in the real sense. As Amol Kotwal, Associate Director, Energy and Power Systems Practice, Frost & Sullivan says, “the overall impact for the energy and power sector is neutral”.
Unfortunately the points mentioned by the finance minster are achievements of previous years combined, whether it be regarding the coal supply commitments for 78,000 mw of power, addition of 29,350 megawatts of power capacity or the restructuring of ailing DISCOMS.
The footnote of today’s speech should be that the coming government has got its work already charted out. In a few months the new powers that be will need to figure out how to actually end fuel security concerns, enhance coal production, revive the state electricity boards and ease investment in the sector.
Renewable Energy: Sunny-side-up
The sector has suffered greatly over the last 18 month with no respite in sight and today’s speech does little to help. But a few while cautioning against a pessimist view on the initial recovery phase of renewable energy sector say the announcement of four solar Ultra Mega Power Plants (UMPP)of 500MW each and excise duty cut for capital goods industry till 30th June’2014 could pep the sector.
The solar-based UMPP’s have been planned with the core objective of reducing the price of solar energy, and rapidly scaling up solar based capacity in India (in-line with the growth targets of the Jawaharlal Nehru National Solar Mission – JNNSM), says Amol Kotwal, Associate Director, Energy and Power Systems Practice, Frost & Sullivan.
Coupled with recent announcement of the second phase commitments of the national mission this will build confidence say industry experts. It might help accelerate solar installations and drive demand for solar cells, modules, and other equipment.
Steel, Coal And Mining: Silent Omission Or A New Hope
At the interim budget announcement surprisingly the finance minister refrained from any mention on the scams and the plunge in mining operations across India. While steel production, coal production have both taken a hit due to the CAG report and ongoing investigations P. Chidambaram chose to highlight achievements of the sector over the last 10 years. What awaits the mining and metals sector remains a big question – perhaps to be answered by the new government to be elected in a couple of months. It a sad state of affairs when an allegedly coal surplus country spends million on importing coal – and the finance minister believes the increase of less than 200 million tone of capacity in ten years is something to boast about.
However, those looking for hope in the gloomy economic scenario say all is not lost. According to them the excise duty cut of 2 per cent on capital goods will have a marginally positive impact in the short term. Power plant development and generation company, Power T&D Utility (Transco’s and DISCOM’s) perspective, this move reduces the procurement cost of large capital equipment (boiler, turbine, generator, wind turbine, transformer etc.).  Given the typical equipment ordering process and schedule (tender-bid submission-placing order) for large capital equipment's would take anytime between 3 to 18 months’ time frame, equipment orders (domestic sourcing) placed between now and June 2014 would benefit from a minor cost reduction, explains Amol Kotwal, Associate Director, Energy and Power Systems Practice, Frost & Sullivan.
And from an equipment supplier’s perspective, the excise duty reduction would drive cost competitiveness for bids. According to SAIL Chairman CS Verma “The Interim Budget is positive for us owing to its thrust on growth which is good for the steel industry. The lowering of duties on capital goods & automobiles will help strengthening the demand for steel. This continued thrust on development of infrastructure and manufacturing will help industrial growth in the long term”.
Tags assigned to this article:
economy energy and power news 4 solar energy mines and minerals moyna interim budget