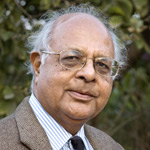 08 November, 2014
Print this article Font size -16+
Ever since inward foreign investment was liberalized in the early 1990s, Mauritius has been the largest source of foreign investment into India. This country of 1.2 million people and a national income of $7 billion often accounts for capital inflows into India exceeding its own GDP. Between 2001 and 2009, it accounted for $39 billion of foreign investment entering India, out of a total of $88 billion. Obviously, its own money must constitute a tiny fraction of what it invests in  India; almost all of the investment comes from other countries. It is a conduit of investment into India; and it has done extremely well out of the business. Only small-minded, jealous people would resent the financial success of such a small nation. But it is worth asking what makes it so successful.
Mauritius has its assets; but they do not account for its success. It is a beautiful island; after visiting it in 1896, Mark Twain wrote, “Mauritius was made first and then heaven; and heaven was copied after Mauritius.” But scenic beauty does not spell money; if it did, Sri Lanka would have been the most natural conduit of money into India.
Nor is it financial muscle. As one walks the streets of Port Louis, one would be hard put to find any big financial firm. The business of investing in India is not in the hands of financial conglomerates, for there are none in Mauritius. There are a dozen banks; a couple of them are Indian, and another two are multinationals. But again, they are not the ones that handle India’s inward investment.
The firms that handle it are chiefly legal firms. The reason is that the privileged position of Mauritius amongst foreign investors arises from a double-taxation agreement that dates back to 1983. Because Mauritius is predominantly populated by Indians taken there in the 1870s to work in sugar plantations, India’s rulers have a soft corner for it. India’s prime ministers have gone there, made sweet speeches and showered little gifts — the last one being Manmohan Singh on 10 March.
The 1983 agreement exempted from Indian taxes gains made by Mauritian residents on disposal of assets in India — briefly, capital gains. The concession would normally have been available only to the million-odd Mauritians and their companies. But Mauritius made it possible for companies from anywhere in the world to become resident by simply registering themselves. Thus a Mauritian lawyer could go to the registrar of companies, register any foreign company, and that company could then trade in shares in India and send profits home without incurring any tax in India. Mauritius itself charges only a 10 per cent tax on such profits. This is the basis of the huge capital flows through Mauritius.
India’s Central Board of Direct Taxes detests this arrangement; for it, any income that escapes its clutches is anathema. So it has from time to time sought to make rules that would close the Mauritius leak. In 2000, it issued notices to all Mauritius-registered companies asking them to show why they should not be regarded as Indian residents. A stampede to sell and get out of Indian stock market threatened; the CBDT panicked and withdrew the notice. In 2003, an NGO filed a petition in Delhi High Court asking it to declare the Indo-Mauritian tax treaty ultra vires. The High Court sensibly said that it had no powers to interfere with the government’s power to enter into international agreements.
Then in 2005, India offered Mauritius a comprehensive economic cooperation agreement in the hope of luring it off its addiction to the double-taxation agreement. But the lure is simply not attractive enough. The treaty has not been signed, and is unlikely to be signed — unless India allows Mauritius to retain its privileged tax status.
Now there are noises that the direct tax code will plug the Mauritian leak. But in my view, it is quite unlikely. For Indians, ties of blood are more important than matters of money. Mauritius is one of India’s permanent friends; India is unlikely to take the cake away from it.
P. Chidambaram did tackle the Mauritius problem in his own way. In 2008, he levied a 15 per cent dividend distribution tax on companies; the tax applies irrespective of whether the dividends are paid to Indians or foreigners. But it still does not touch capital gains, the form that most of the profits repatriated through Mauritius take.
The CBDT will continue to try and tax the flows going through Mauritius, but I believe it will be thwarted every time. The best solution in my view would be to remove all taxes on profits whether they go to Indians or foreigners, and impose a tax on value added to bring the same revenue.
The author is Consultant Editor of Businessworld
ashok dot desai at gmail dot com
(This story was published in Businessworld Issue Dated 22-03-2010)
Tags assigned to this article:
magazine comment ashok v desai taxation p chidambaram mauritius cbdt