Inside the 'paw-some' lives of dogs in the White House

Inside the 'paw-some' lives of dogs in the White House

Washington [US], January 31 (ANI): With the vacant position of DOTUS (Dog of the United States) at the White House now filled after four years by Major and Champ Biden -- dogs of President Joe Biden and First Lady Jill Biden -- questions remain as to who fills the dogs' water dishes, rubs the bellies and whether the dogs could just enter the Oval Office.
According to The Washington Post, many first families care for their dogs themselves, longtime White House chief usher Gary Walters said in an email. Walters oversaw the residence portion of the house through a slew of first canines, from Lucky Reagan (dog of former President Ronald Regan) in the 1980s to Barney and Miss Beazley Bush in the 2000s. 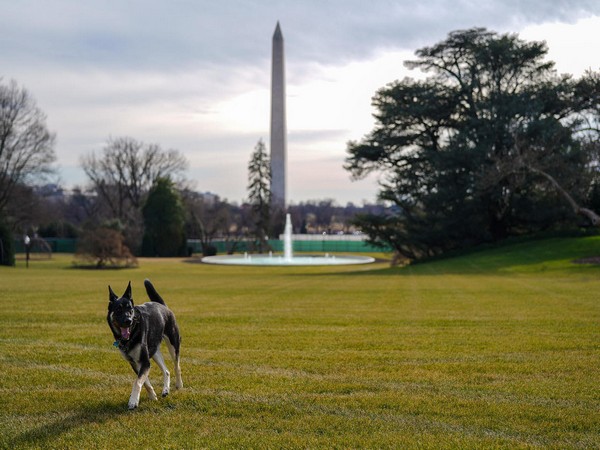 Jennifer Pickens, the author of "Pets at the White House", said that former President and First Lady George H.W. Bush and Barbara Bush were "do-it-yoursefers" adding that the former President even bathe their dogs in the residence shower.
Some say that it's hard to tell how involved the Bidens will be, as the family is just getting settled. Mark Tobin, a Delaware police dog trainer who worked with them, told Washington Post that Biden wants to walk the dogs himself - a practice followed by his predecessors.
The Washington Post further reported that President John F. Kennedy and First Lady Jackie Kennedy (1961-1963) used to stroll down Pennsylvania Avenue with their dogs at night when they were less likely to be recognised. Even during Barrack Obama's term at the White House (2009 to 2017), former First Lady Michelle used to take their dogs, Bo and Sunny, on trails near the White House.
It has been seen in history and even in the recent past that DOTUS's place isn't limited to a certain area and many dogs have been allowed to roam in the White House including the staff offices in the East Wing and West Wing.
Hannah August, who was Michelle Obama's press secretary, recalled that Bo showed up at her job interview, according to The Washington Post. "I remember sitting in her office super, super nervous," she said.
"You know, this is the biggest interview of my life for the most important position. And the first thing that happened was Bo came running into the office before the first lady. And I just remember petting him, and my anxiety level just went down several notches," she added.
August called Bo "a natural-born star" who showed a superhuman tolerance for silly ideas dreamed up by his humans, such as wearing bunny ears during the filming of a promo spot for the 2012 White House Easter Egg Roll.
With dogs living and roaming around, the concerns of them wrecking up, chewing things, and biting at the White House is natural. And the incidents of Barney (George W Bush's dog) biting a correspondent's finger in 2008 on camera and also attacking a police dog aren't hidden.
In another incident, a breach in diplomacy occurred when President Theodore Roosevelt's dog chased the French ambassador up a tree on the White House grounds in 1906, according to a historian. But since then, pets have not 'treed' any diplomats, however, an occasional nip or chomp has occurred.
As far as wrecking things are concerned, The Washington Post reported that the dogs chewed furniture but minor damage was reported to casual pieces in the family area --- nothing serious or historic
White House has also witnessed the birth of plenty of puppies. George H.W. Bush's (from 1989 to 1993) Millie gave birth in the second-floor hair salon, Barbara Bush sat up through the night caring for the newborns. Tim McBride, a Raytheon executive who was then the president's personal aide said that after the pups were born, the president couldn't get enough of them.
"One of my principal duties as his aide was to keep him on schedule for his appointments throughout the day," McBride said in an email and added, "That became increasingly difficult as the President would race over to the South Lawn in between his meetings in the Oval Office to roll around in the grass with the puppies."
Champ and Major, the pair of German Shepherds of President Joe Biden and First Lady Dr Jill Biden arrived at the White House last week to join the first family.
In a statement, the First Lady's office said that Champ is "enjoying his new dog bed by the fireplace and Major loved running around on the South Lawn."
Champ joined the Biden family during the presidential transition in December 2008, weeks after Biden became vice president-elect. (ANI)

Tags assigned to this article:
dogs white house washington us