Inside A US Healthcare "Island Of Excellence" 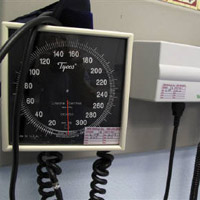 Geisinger's Medical Home programme works to keep patients like her husband out of hospitals and nursing homes, and in their own homes, where they can be cared for by relatives or visiting nurses at far lower costs. The programme's results are clear. Hospital admissions fell from 375 per 1,000 Medicare patients in 2006 to less than 350 the following year, saving 7 per cent in medical costs, while patients outside the programme rose to more than 400 admissions per 1,000 patients. To make the system work, Geisinger employs case managers like Jennifer Chikotas, a nurse who coordinates Brubaker's care. She is available by telephone 24/7 for advice or support -- and even arranges transportation to doctors' offices. "There's a lot of room for error or confusion," Chikotas said during a visit to the health plan's office in Selinsgrove, Pa. "Social Security, for example, wouldn't speak to Kay without the paperwork." Keeping a patient like Brubaker at home, most agree, does more than just lower costs. "The last place he needs to go back to is a hospital," Chikotas said. "It would open him up to more infection." Best Practices Established in 1915, Geisinger now has about 13,000 employees at 36 community practice sites and three hospitals. A private nonprofit organization, it reported revenue of $2.1 billion -- and an excess of revenue over expenses of $34.6 million -- for the fiscal year ended June 30, 2009. Medical authorities inside and outside Geisinger credit the system's performance to three factors: its salary-based compensation for physicians; an electronic medical records system that reduces the likelihood of treatment duplication by integrating the services of doctors, nurses and administrators; and best-practice protocols that require doctors to follow accepted standards for certain kinds of treatment. To cite one example: for a coronary artery bypass graft operation without a valve, Geisinger's average cost with a 5.3-day hospital stay was $88,055 in 2007. That compares with $370,502 over 8.1 days at Hahnemann University in Philadelphia, and $108,667 over 4.6 days at Lehigh Valley Health Network in Allentown, Pa., according to the Pennsylvania Health Care Containment Council. The ProvenCare best-practice protocol not only lowers costs but produces better health outcomes. For coronary artery bypass graft operations, for example, hospital readmissions fell 44 per cent in the first year of the ProvenCare operation.

The complication rate dropped by 21 per cent and the average hospital stay shrank to 5.7 days from 6.2 days. In the field of perinatal care, the proportion of births by caesarian section has decreased to 23.5 per cent from a baseline of 36.6 per cent since the protocol was introduced for that specialty in October 2008, reducing the likelihood of a mother having subsequent C-sections. Role Models Larry McNeely, a healthcare advocate for the US Public Interest Research Group, which campaigns for citizens' rights, said national health reform should and could follow the Geisinger example. "I think it's a model that makes a lot of sense all over the country," he said. Like others, McNeely argues that the key to reforming the US health system is to change the way doctors are paid. The point would be to reward the quality of care, as Geisinger does, rather than the quantity of procedures, drugs or consultations. "The real barrier is the current payment system," McNeely said. "If you do what Geisinger does -- provide better quality -- you are not rewarded, you are punished. The reward goes to the doctors who order the most care." Geisinger's approximately 680 physicians are compensated with salaries and performance-related bonuses, rather than the traditional fee-for-service model. And they are rewarded for meeting ProvenCare standardrs. Winging it is not an option. In treating diabetes, for example, physicians are required to follow a nine-step checklist that is designed to ensure the best outcome for the patient -- and reduce future treatment costs. "We tell our doctors, 'If you do these nine things well, your patients' complications are diminished,'" said Dr. Howard Grant, Geisinger's chief medical officer. The protocols have allowed Geisinger to meet best-practice standards more often than most other systems, according to a study by the Pennsylvania Health Care Quality Alliance, a group of healthcare providers and insurers that seek to establish uniform standards. For heart-attack care, Geisinger performs recommended treatments 98 per cent of the time, compared with 81 per cent in Pennsylvania hospitals overall, and 79 per cent nationwide, the organization found. Geisinger is not without its critics, some of whom lambast the ProvenCare system as "cookbook medicine" that marginalizes a doctor's professional judgment -- a claim Geisinger dismisses. "It's not set in stone," Grant said. "But the presumption is that you will follow the pathway unless there is a compelling reason not to." Another potential barrier to widespread adoption of the Geisinger model is the expense of setting up an electronic medical records system. At Geisinger, all parties -- patients, physicians, nurses, administrators, and the internal insurance plan -- have timely access to each patient's medical history. The system, which has cost about $100 million since it was installed in the mid-1990s, is designed to prevent duplication of procedures and improve the coordination of care. For example, the electronic system allows emergency-room doctors to peruse a patient's history, allowing them to make a better-educated judgment about whether to admit that person. By contrast, paper records are typically not available to ER staff, so they are more likely to err on the side of caution and admit a patient, adding unnecessary costs. At Geisinger, inappropriate hospital admissions have fallen by 40 per cent since the system was introduced, Grant said. The electronic system also promises better care and lower costs in future by allowing doctors to be more proactive, Grant said. A rheumatologist, for example, can use the system to identify women who are at risk of osteoporosis, and then initiate preventive treatment.

"We think that over time, we will see a significant reduction in the number of people who have hip fractures," Grant said. Part of the system is a facility called My Geisinger, which allows patients to email doctors, access their own medical records and make appointments. It also allows nurses like Erin Hubbert to deal with minor complaints that probably don't need the attention of a doctor or an office visit. At a Geisinger clinic, Hubbert was working at a computer terminal, instructing a patient who had used the system to notify the clinic of a case of diarrhea to drink clear fluids for 24 to 48 hours.