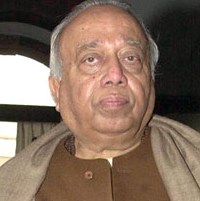 He was 83. He is survived by his wife Sushila and sons Harsh Vardhan and Sanjiv. R P Goenka was the eldest son of Keshav Prasad Goenka.

The Goenkas are one of the oldest business families of the eastern India.

Other major companies in his group include CESC, CEAT, Spencer's and Saregama.

In 1990, his sons Harsh Vardhan and Sanjiv took over as Chairman and Deputy Chairman respectively of RPG Enterprises.

Later in 2011, Sanjiv Goenka set up RP-Sanjiv Goenka Group to have his own brand identity. Harsh Goenka continued as Chairman of RPG Enterprises.

R P Goenka remained Chairman Emeritus of both the groups with a combined turnover of around Rs 30,000 crore.

West Bengal Chief Minister Mamata Banerjee condoled the death of industrialist R P Goenka, who died here this morning, describing him as "one of Bengal's true champions of industry".

"I express my heartfelt condolence for the sad demise of Shri R P Goenka. Today we have lost one of Bengal's true champions of industry," Banerjee said in a message.

"May the almighty give enough strength to his family members to bear this irreparable loss. May his departed soul rest in peace," she said.