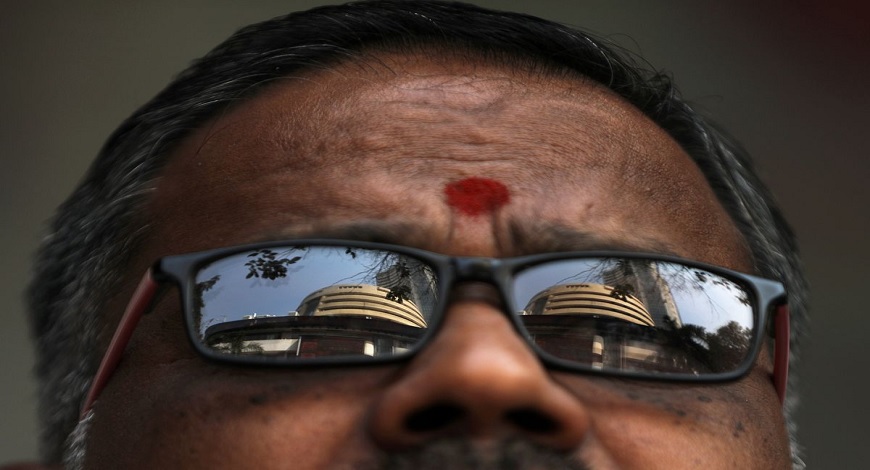 Indian shares edged up on Tuesday, helped by gains in auto and bank stocks, as data showed the country's annual retail inflation for October eased and was roughly in line with estimates.

Slower rise in food prices helped annual retail inflation ease to 6.77 per cent in October, from 7.41 per cent in September, data showed. However, that was higher than the 6.73 per cent forecast by economists in a Reuters poll and the central bank's 2 per cent-6 per cent target band.

The inflation number strengthened bets of smaller rate hikes by the Reserve Bank of India at its meeting next month.

Nifty's consumer pared most of its losses from earlier in the session to close 0.02 per cent lower, while the IT index reversed course to close 0.05 per cent higher.

Among the top gainers were banks, finance and auto indexes, which gained 0.59 per cent to 0.7 per cent.

A.K. Prabhakar, head of research at IDBI Capital, said he is "gung-ho" about banking stocks and expects them to outperform in the coming weeks following solid quarterly numbers.

Over 1,000 companies reported results on Monday, with many reports coming in after markets' close, marking the end of a largely upbeat month-long earnings season.

"(For Indian companies,) sales growth has been very good. The problem has been commodity-led inflationary pressure and that will go away in the next 1-2 quarters," Prabhakar said.

ONGC, the country's largest oil explorer, was the top gainer on Nifty 50, rising 2.2 per cent, after beating quarterly standalone profit estimates, while tyremaker Apollo Tyres climbed over 4 per cent on a rise in earnings.

Globally, investors will get another look at US inflation when the producer price index data is released at 1330 GMT.