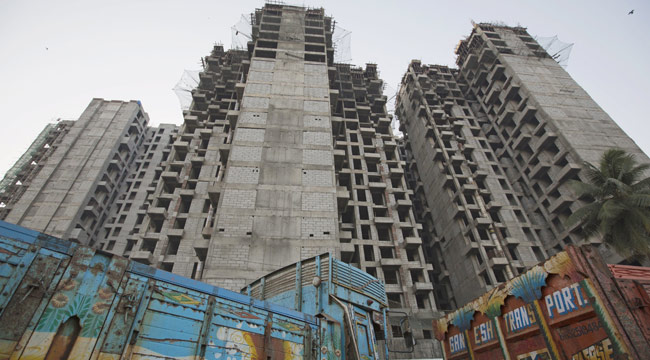 08 June, 2015
Print this article Font size -16+
India's economic growth is projected to surpass that of China's, with the GDP expected to zoom by 7.7 per cent in 2016, according to a UN report which said India will help accelerate economic growth in South Asia.
The mid-year update of the UN World Economic Situation and Prospects (WESP), released on Tuesday, said India's economy is projected to grow by 7.6 per cent this year and 7.7 per cent in 2016, overtaking China.
China is projected to grow by 7 per cent in 2015 and 6.8 per cent next year.
The report termed South Asia's economic outlook as "largely favourable" since most economies are expected to experience a strengthening of growth in 2015-16 on the back of stronger domestic consumption and investment, and a pick-up in exports.
The region's GDP is projected to grow by 6.7 per cent in 2015 and 6.9 per cent in 2016, up from an estimated 6.3 per cent in 2014--a significant revision of the previous forecast.
"This revision mostly reflects a higher growth trajectory in India," it said.
It said the growth prospects for Iran and Pakistan have also improved moderately, although for both countries significant uncertainties remain.
Across South Asia, the expansion is expected to be driven by buoyant household consumption and a gradual recovery in investment.
Private sector demand will be underpinned by a more benign macroeconomic environment, including considerably lower inflation.
In 2015, global consumer price inflation is expected to average 2.5 per cent, the lowest level since 2009.
With oil prices expected to recover slowly and global activity projected to pick up, average inflation is forecast to accelerate to 3 per cent in 2016.
Average inflation in the region is also projected to fall to its lowest level in almost a decade, following the recent decline in oil and food prices.
As a result, monetary policy has become more expansionary in several countries, notably in India and Pakistan, it said.
However, despite the improved outlook, South Asia's economies face, to varying degrees, long-standing development challenges including energy shortages, infrastructure deficits and political and social unrest.
The global economy will continue to grow at a modest pace.
(PTI)
Tags assigned to this article:
economic growth news 6 china pakistan world economy south asia world economic situation and prospects