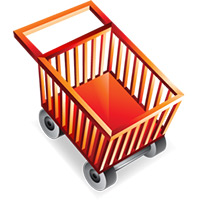 08 November, 2014
Print this article Font size -16+
Global consumer confidence rose in the second quarter with more optimistic perceptions about jobs, personal finances and spending intentions in the US, China and Japan, a survey shows.

Indonesia remained the most bullish consumer market, followed by the Philippines, which pushed India into third place, according to the quarterly survey by global information and insights company Nielsen.

Portugal retained its position as the most pessimistic consumer market in the survey, which was taken before a political crisis in Portugal deepened. Hungary and Italy tied for the second most downbeat markets.

As government budget cuts, tax rises and high unemployment continued to weigh on households in Europe, consumer confidence declined in 14 of 29 European markets.

"The European consumer is in a holding pattern, and in fact, at Nielsen we see a distinct set of tiers with German consumers being the most confident, followed by consumers in the UK, France, and then Italy and Greece where confidence is both low and also falling," said Venkatesh Bala, chief economist at The Cambridge Group, a part of Nielsen.

The Nielsen Global Consumer Confidence Index rose 1 point in the second quarter to 94, after rising 2 points in the previous quarter. A reading below 100, however, signals consumers are pessimistic overall about the outlook.

Consumer morale improved in the US, the world's biggest economy, reflecting increasing employment opportunities, higher home prices and a rising stockmarket, Bala said. "When consumers feel richer and also more secure about getting a job or keeping their job, that naturally makes them more confident ... It's the reverse of what happened in 2008-2009 when job layoffs soared and house prices collapsed along with the bottoming of the stockmarket," Bala said.

Confidence decreased in Latin America, for a second consecutive quarter. However, consumers there and in the Asia Pacific region remained most confident about the outlook for jobs and their personal finances over the next 12 months.

North Americans were most optimistic about immediate spending intentions. Pakistan, Greece and Colombia saw the biggest increases in consumer confidence between the first and second quarters although Greece was still among the most depressed markets globally. Confidence declined most sharply in Israel, Norway and Mexico.

The Nielsen survey was conducted between 13 May and 31 May and covered more than 29,000 online consumers across 58 markets. Nielsen Global Consumer Confidence Index in the second quarter, 2013 (change from Q1 survey in brackets):