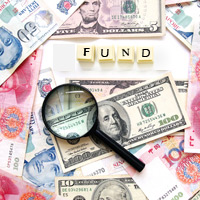 08 November, 2014
Print this article Font size -16+
India's benchmark bond rose to its highest level in two-and-a-half years after the government cancelled the last scheduled debt sale for the current fiscal year, with traders awaiting the next year's borrowing target due later this month for cues.

The finance minister has said he aims to contain the fiscal deficit for the current fiscal year ending March 31 at 5.3 per cent of the gross domestic product and cut it to 4.8 per cent in the next.

The cancellation of the Rs 12,000-crore debt auction scheduled for this week comes after the government already announced several spending cuts and accelerated its stake sales to meet the deficit target, building up its cash position.

India is putting welfare, defence and road projects on the chopping block in a last-ditch attempt to hit a tough fiscal deficit target by March, risking short-term economic growth and angering cabinet colleagues.

"With the economic slowdown and rate cuts, the government should be able to manage fiscal deficit at 4.8 per cent. I think the 10-year will hold in a 7.75 to 7.82 per cent range until the budget."

The gains in bond prices come after the government announcement late on Monday. Bond markets were closed on Tuesday for a banking holiday.

Bond markets have rallied since late December on hopes the government would maintain fiscal discipline and on expectations of interest rate cuts from the Reserve Bank of India.

India's finance minister, P. Chidambaram, plans to cut the public spending target for fiscal 2013/14 by up to 10 percent from this year's original target, in what would be the most austere budget in recent history as he tries to avert a sovereign credit downgrade.

Most traders broadly said the 10-year bond yield may move between 7.70 to 7.80 percent until the budget on February 28.

The market is also hopeful the central bank will announce another round of open market operations to buy bonds as the banking system liquidity deficit continues to remain much above its comfort zone.

"The auction cancellation news is very positive and further OMOs cannot be ruled out, so 10-year should touch 7.75 in the near-term," said Bekxy Kuriakose, head of fixed income at Principal PNB Asset Management.

Traders will now await the auction results of the foreign institutional investor limits in government and corporate debt due around 5:30 p.m. (1200 GMT) for immediate direction.

In the overnight indexed swap market, the five-year OIS rate ended steady at 7.26 per cent, while the one-year rate closed at 7.64 per cent, up 1 basis point.