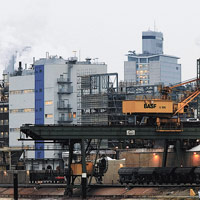 08 November, 2014
Print this article Font size -16+
India's HMEL, part-owned by steel tycoon Lakshmi Mittal, has emerged as a new oil client of sanctions-hit Iran, potentially complicating New Delhi's bid for a renewal of its waiver from US sanctions for buying crude from Tehran. HPCL-Mittal Energy Ltd (HMEL) has taken two shipments of Iranian oil since the start of September to maximise margins at its 180,000 barrels per day (bpd) Bathinda refinery in northern India, two sources with knowledge of the deals told Reuters. The
purchases came to a total 2 million barrels.

In June Washington granted India a waiver on sanctions that would have cut it off from the US financial system because it had reduced its purchases of the OPEC nation's oil. India's waiver from the sanctions, which are designed to dissuade Tehran from pursuing its nuclear programme, will only be renewed in December if imports have been cut further. Mark Dubowitz, a US lobbyist for tougher sanctions on Iran and head of the Foundation for Defence of Democracies, said HMEL was taking a significant risk in buying this oil. "The US government in December will be looking to see whether India has indeed significantly reduced its purchases of Iranian oil and the addition of one more customer - especially with significant exposure to the US and Europe - will raise eyebrows in Washington," Dubowitz said.

HMEL is part-owned by Indian tycoon Mittal, who heads ArcelorMittal, the world's largest steelmaker. ArcelorMittal produces 35 per cent of its steel in the Americas and 47 per cent in Europe, according to the company's website. State-run refiner Hindustan Petroleum Corp and Mittal own 49 per cent each in the joint venture HMEL. A spokesman for Mittal said he could not confirm or deny the purchase, but said that being a minority shareholder, Mittal himself would not be involved in such decisions.

While India's state-run refiners are adhering to the government's verbal order to cut imports from Iran by at least 15 per cent, their efforts could be undermined by private refiner Essar and now HMEL. "We are cutting imports from Iran at the cost of our bottom line and private refiners are increasing volumes at our cost," said an official at a state-run refiner, who did not wish to be identified. "This may hit the plan to get the waiver renewed and shows discord between private and public companies. We are the only ones helping the country." Essar sources, however, said their Iranian crude purchases would average 85,000 bpd in financial 2012/13 (April-March), a decline of 15 per cent from an originally contracted 100,000 bpd. From April-August Essar has bought an average 102,000 bpd.

Iran Crude To Ramp Run
The US wants allies to reduce oil imports from Iran substantially as it tries to pressure Tehran over its nuclear programme, which the West thinks is aimed at building atomic weapons. Iran denies this. As Tehran's second-biggest crude customer, India is crucial to US efforts to squeeze Iran, but New Delhi needs to satisfy the growing energy demands of its economy, Asia's third-largest.

HMEL's oil purchases came on Iran's suezmax vessel Magnolia in September and Lantana in October, said the sources, who declined to be named due to the sensitivity of the issue. Suezmaxes can carry up to 1 mln barrels of crude. "They are buying heavy grades from Iran because they are ramping runs at the refinery,"

said one of the sources. An HMEL spokeswoman said that, as a policy, the company does not provide details of its crude oil sourcing.

"I am sure they can get good discounts (on Iranian oil). The problem is banking. If they can resolve it, they get cheap crude and not illegally," said one Asian oil trader. None of the sources were aware of the payment mechanism that HMEL would use for oil imports from Iran.

Indian refiner Bharat Petroleum Corp (BPCL) has not received Iranian oil since February as it could not open an account with Turkey's Halkbank, which is used by other Indian refiners to pay for oil from Tehran in euros.

"How HMEL will make its payment is yet to be seen," said one of the sources. The rial has plunged in the open market against the US dollar and has boosted inflation in Iran.