Laid-off workers returning to their villages are now putting more burden on a rural sector already suffering falling income from low crop prices, and dampening consumer sentiment and growth across the country. 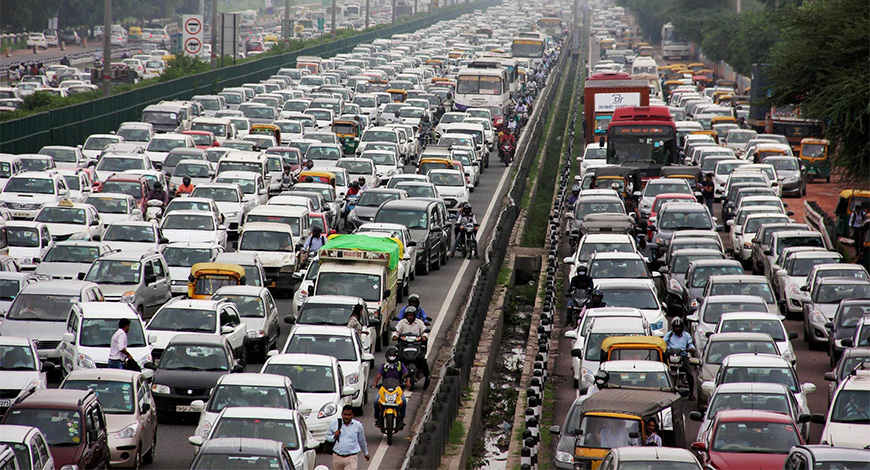 The narrow lanes in Aliyar and Kasan villages in Manesar, an automotive manufacturing hub on New Delhi's southern outskirts, would usually be packed on Sundays with migrant workers employed at the nearby plants enjoying their day off, but not anymore.

These are hard times for an area dependent on the fortunes of companies like Maruti Suzuki, the carmaker with the largest market share in India, and motorbike maker Honda Motor Co's local unit. The auto and component makers in and around Manesar, have shed thousands of jobs.

Nationwide, according to industry estimates, automakers, component manufacturers and dealers have laid off about 350,000 workers since the start of the year, in response to plunging car sales. Figures for August, like July, are expected to show a drop of more than 30%, making a 10th straight month of decline.

As the crisis in the sector bites harder small businesses in the towns and villages around Manesar, home to one of the three plants where Maruti Suzuki cars are made, have seen a fall off in trade.

"There are already fewer workers in the village and those who still have jobs are either not getting paid for working   overtime or are not spending as much out of fear they may lose work and need the money," said grocer Rahul Jain, his shelves stacked with toothpaste and soaps from fast-moving consumer goods companies like Hindustan Unilever, Colgate-Palmolive and Dabur India.

Even sales of products like cooking oil and flour have fallen. On the lower rungs of the service sector, barbers and tea stall owners said they had fewer customers.

"My monthly earnings have halved," said Singh, who a year ago made an average 8,000 rupees a day. "I don't know what's happening."

In the United States there was an old adage: "When General Motors sneezes, the Wall Street catches a cold."    In India, the impact goes well beyond the stock market.

India's automotive industry is the fourth largest in the world, employing more than 35 million people, directly and indirectly, and accounting for nearly half of India's manufacturing output.

The industry has three main centres; Gurugram in the North, Chennai in the South, where among others Ford Motor and Hyundai Motor have plants, and Pune in the West, where Tata Motors and Fiat are located.

All of them are hurting, and the pain is radiating outwards.

Before suffering the steepening slump in sales, the auto industry provided one of the few bright spots for manufacturing. Its troubles stem in part from banks' and non-banking finance houses' reluctance to extend consumer loans, as well as subdued demand, particularly in the countryside, where two-thirds of Indians live.

Laid-off workers returning to their villages are now putting more burden on a rural sector already suffering falling income from low crop prices, and dampening consumer sentiment and growth across the country.

Gurmeet Singh had been earning 10,000 rupees a month until he lost his job at auto component maker Bellsonica in Manesar. Six months later, back in his hometown of Ambala in Haryana state, Singh is still looking for a job, and catastrophising about the future.

"I haven't had a hair cut in months, my shoes are torn and I've been using the same pair of clothes since I lost my job. Only I know how I am surviving," said the 26-year-old.

"If I don't get a job, how will I build a house for my family, get married and pay off the loan my parents took to educate me?" he said.

His bleak outlook reflects an increasingly grim big picture. India's economic growth slipped to a six-year low of 5% in the April-June quarter and Prime Minister Narendra Modi, who was re-elected to a second term in a landslide in May, is under pressure to provide a stimulus for an economy that is seriously undershooting the growth rate needed to generate enough jobs for the millions of young Indians entering the labour market every month.

All this is cast against a backdrop of a weakening world economy, and uncertainties arising from the trade war between the United States and China.

Things are so manifestly bad that even one of the nation's most popular biscuitmakers, Parle Products Private Limited, is worried about the impact of the auto industry's troubles on sales.

"If the economy is buoyant then even the rural consumer will not mind paying a little extra. But this (slowdown) has acted as a catalyst to the drop in demand," said Mayank Shah, product category head at Parle.

Britannia Industries Ltd, which controls a third of the biscuits market in India, said it has "never seen this kind of a slowdown" where people are hesitant to buy a pack of biscuits costing just 5 rupees ($0.07).

"If the consumer is thinking twice before buying, then obviously, there is some serious issue in the economy," Varun Berry, the company's managing director told analysts in a post-earnings call last month.

Under pressure from businesses and investors to provide more stimulus, Finance Minister Nirmala Sitharaman proposed a series of measures last month to help the economy and financial markets but some economists said it would not be enough to revive long-term demand.

On Aug 23, foreign investment rules were eased for several sectors, and sources say the government is expected to come up with more measures such as tax cuts for autos and real estate.

A year ago, Vinod Chauhan had no vacancies at all in the 70 rooms he leased primarily to migrant workers in Manesar's Kasan village. Today, over a third of those rooms are vacant and Chauhan fears things could get worse before they get better.

His son won't be getting the new car that Chauhan planned to buy him this year, and the landlord has also shelved plans to build another 100 hostel apartments.

"If I am not able to rent out all the rooms I currently have, how will I manage with more?" said Chauhan.