India To Launch Mission To Mars This Year, Says President 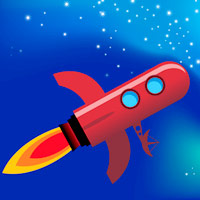 08 November, 2014
Print this article Font size -16+
India will launch its first mission to Mars this year, President Pranab Mukherjee said on Thursday, as the emerging Asian nation looks to play catch up in the global space race alongside the United States, Russia and its giant neighbour China.

"Several space missions are planned for 2013, including India's first mission to Mars and the launch of our first navigational satellite," Mukherjee told parliament.

India will send a satellite in October via an unmanned spacecraft to orbit the red planet, blasting off from the southeastern coast in a mission expected to cost about $83 million, scientists who are part of the mission say.

The spacecraft, which will be made in India, will take nine months to reach Mars and then launch itself in an elliptical orbit about 500 km (310 miles) from the planet.

"The mission is ready to roll," Deviprasad Karnik, a scientist from the India Space Research Organisation (ISRO), said by phone from the city of Bangalore.

India's mission to Mars has drawn criticism in a country suffering from high levels of malnutrition and power shortages, and currently experiencing its worst slowdown in growth in ten years. But India has long argued that technology developed in its space programme has practical applications to everyday life.

India's space exploration programme began in 1962. Five years ago, its Chandrayaan satellite found evidence of water on the moon. India is now looking at landing a wheeled rover on the moon in 2014.