India To Get Australia Uranium By 2017: Rio Tinto 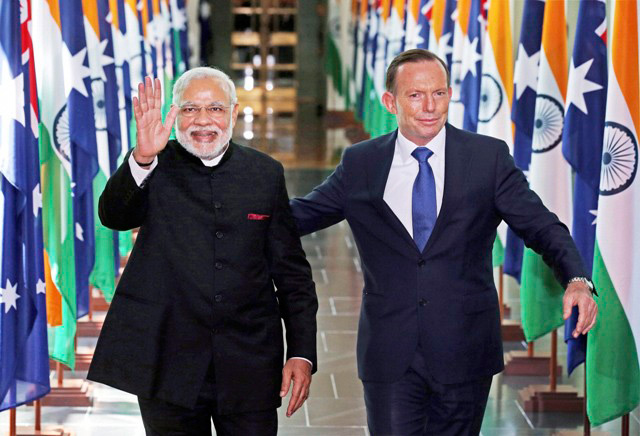 14 January, 2015
Print this article Font size -16+
Rio Tinto Ltd expects to start exporting Australian uranium to India in the next two years, its chief executive said, as soon as safeguards are in place to restrict its use to power generation.
"Once all those steps are in place, clearly there is an opportunity for us and Australia here," Sam Walsh said on the sidelines of an energy conference on Monday.
India has nuclear weapons and, like its neighbour Pakistan, has not signed the Nuclear Non-Proliferation Treaty (NPT). Australia has never before sold uranium to a non-signatory of the NPT.
Indian Prime Minister Narendra Modi, who took office in May, aims to raise the share of nuclear power in electricity generation from just 3 per cent, as part of a strategy to curb chronic power shortages and cut reliance on oil imports.
Modi and his Australian counterpart Tony Abbott sealed a deal in September for Australia to sell India uranium, in a show of international acceptance toward India's nuclear programme.
India is the first customer to buy Australian uranium without being a signatory to the nuclear non-proliferation treaty.
India has nuclear energy agreements with 11 countries and imports uranium from France, Russia and Kazakhstan.
Rio Tinto is one of the world's top uranium producers.
The Rio Tinto Group CEO is seeking approvals for diamond mining in India and to set up a $2 billion iron-ore project.
Walsh has met Modi three times in the past six months on the planned $500 million Bunder diamond mine and the Odisha iron ore project.
"We're waiting for approvals, forestry and environment approvals, which I am hopeful will come through in the near term," Walsh said.
(Agencies)
Tags assigned to this article:
mining top 2 nuclear power iron ore narendra modi australia uranium rio tinto sam walsh tony abbott