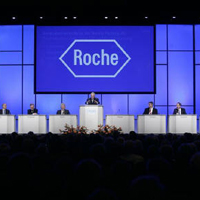 08 November, 2014
Print this article Font size -16+
The Intellectual Property Appellate Board (IPAB) has revoked the first product patent India had granted on a medicine after the country amended its patent laws in 2005. The patent that got revoked on 2 November pertains to the Hepatitis C injection Pegasys (pegylated interferon alfa-2a) of Swiss pharmaceutical major F. Hoffmann-La Roche AG (Roche). The company had received the patent for Pegasys in 2006.

The decision was based on a post (patent) grant opposition filed by Sankalp, an organisation that provides treatment and rehabilitation support for injecting drug users. The civil society group had challenged the patent with technical and legal aid from the HIV/AIDS Unit of Lawyers Collective.

“We hope that the absence of patent barrier will spur generic competition to bring down the price of this much-needed drug for those suffering from Hepatitis C. We also hope that the Government will now take concrete steps to start providing access to this medicine. It is unacceptable that people are dying due to Hepatitis C because they cannot afford to buy the medicine,” Eldred Tellis, Director of Sankalp Rehabilitation Trust, who had challenged the patent, said.

It is estimated that 10–12 million people in India, including 50 per cent of injecting drug users nationally and 90 per cent of such addicts in the northeast, are infected with the Hepatitis C virus (HCV). Left untreated, Hepatitis C can lead to liver cirrhosis, liver cancer or liver failure. Hepatitis C is especially of concern for those co-infected with HIV, as HIV-HCV co-infection leads to increased rates of disease progression.

"Patients with chronic Hepatitis C, who need a six-month course of treatment of Roche’s pegylated interferon alfa2a, have to purchase it at a cost of approximately Rs 4,36,000 (available at a discounted price of Rs 3,14,496). Again, it has to be taken in combination with ribavarin, which alone costs Rs 47,160", Lawyers Collective states.

"This victory will facilitate early entry of generics which is likely to lower the prices. If this happens, millions suffering from Hepatitis C, both in India and globally, will benefit", Anand Grover, senior counsel and Director of Lawyers Collective HIV/AIDS Unit said.

Despite Sankalp’s case that Roche’s claims did not satisfy the patentability requirements under Indian law, in 2009, the Patent Office rejected the post-grant oppositions filed by Sankalp and an Indian company and upheld the validity of Roche’s patent. Sankalp then filed an appeal before the IPAB challenging this decision.

Before the IPAB, Roche also challenged Sankalp’s standing to file the post-grant opposition as well as the appeal. Roche argued that because Sankalp was not a business competitor or a researcher in the sector, it could not have challenged its patent at all. Sankalp argued that its members were directly affected by Hepatitis C as well as that it represented a community of drug users who are particularly at risk to Hepatitis C. The IPAB observed that “public interest is a persistent presence in intellectual property law” and also held that it was against public interest to “allow unworthy patents to be on the Register”. Holding that “the appellant who works for the community which needs the medicine, is definitely ‘a person interested’”, the IPAB noted that a successful challenge would “break the monopoly” and “bring the drug within reach of the community for whom it works, not only by reduction in cost, but also because of increase in supply”, Lawyers Collective said.

“We are happy that the IPAB has recognised the element of public interest in setting aside undeserving patents and held that patients’ groups, who are directly impacted by patents on medicines, can challenge granted patents. This will be of import as concerned patients’ groups will now have better clarity in challenging patents on medicines for HIV, cancer and other diseases.” Grover said.

IPAB decisions can be challenged in the Supreme Court.