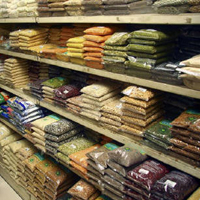 08 November, 2014
Print this article Font size -16+
India recorded its heaviest spell of monsoon rains in 2014 in the past week, logging in surplus for the second straight week, raising hopes of a delayed retreat of the four-month season.

Rainfalls were 64 percent above average in the week to 10 September, the weather office said on Thursday (11 September), narrowing the overall deficit for the June-September season to 11 per cent from 15 per cent in the previous week.

The annual monsoon rains are vital because over half of India's farmlands lack irrigation, and the farm sector accounts for 14 percent of the national economy.

"The monsoon rains are expected to be active in the western region next week," said B.P. Yadav, head of the National Weather Forecasting Centre at the India Meteorological Department (IMD).

Usually, Indian monsoon enters a retreating phase from early September, withdrawing completely from Rajasthan by middle of the month.

The late surge and the delayed retreat of the monsoon would help support crops such as rice, corn, sugarcane, soybean and cotton, farm experts said.

Rainfall turned 24 percent surplus in the previous week after the monsoon rains broke a three-week lull that lasted until Aug. 27.

The recent wet run across the Indian sub-continent caused the worst floods in 50 years in picturesque Kashmir and killed 450 people in India and Pakistan.