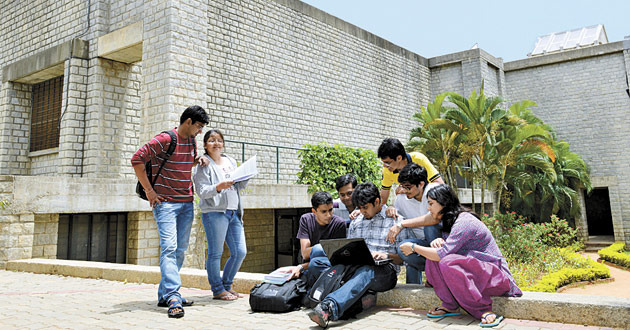 08 November, 2014
Print this article Font size -16+
India has emerged as the least expensive destination for foreign education, while Australia is the costliest, according to an HSBC report.
According to the report, the average annual cost including university fees and living expenditure of an undergraduate international student in India is around $5,642 per annum, while for Australia it is as high as $42,093 a year.
Indian education costs are the least among 15 countries surveyed and the costs are lesser than those in Turkey, China and Mexico.
Interestingly, India ranks 8th in terms of quality of education among the 15 countries surveyed with 5 per cent of respondents putting the country in their top 3 preferred destinations.
According to HSBC's latest survey - The Value of Education: Springboard for success - Australia, Singapore and USA occupy the top three positions in the expenditure chart for overseas students.
At $42,093 a year, Australia - a hugely popular destination for Asian students -- is the most expensive option globally followed by Singapore at $39,229 and USA at $36,564.
Moreover, overseas students need to spend on an average USD 35,045 a year for undergraduate studies and living in the UK, the survey said adding that the comparative yearly costs stand at $12,627 in Brazil, $10,729 in China and $9,460 in case of Mexico.
"Education costs are lower in emerging markets such as India because the state-run universities are heavily funded by the government and also the cost of living for overseas students is lower here," HSBC India Head of Retail Banking and Wealth Management Sanjiv Sud said.
Countries such as UK (54 per cent) and Australia (47%) are ranked 2nd and 3rd in terms of quality education by Indian parents followed by their home country (46 per cent), the report said.
The report, which surveyed over 4,500 parents in 15 countries and territories, examines parents' attitudes towards children's education around the world.
(PTI)
Tags assigned to this article:
education news 5 australia hsbc survey