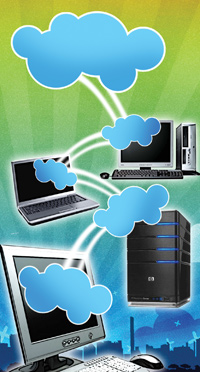 08 November, 2014
Print this article Font size -16+
India’s decision to remain out of the Trade in Services Agreement (TISA), an international agreement that is being negotiated by over 50 countries that have 68.1 per cent share in global trade in services, seems to have been justified.

The contents of the confidential draft of the Financial Services annex of TISA, released by whistleblower website WikiLeaks on Thursday (20 June), shows that the draft rules are aimed at assisting the expansion of financial MNCs – mainly headquartered in New York, London, Paris and Frankfurt – into other nations by preventing regulatory barriers. The leaked draft also shows that the US is particularly keen on boosting cross-border data flow, which would allow uninhibited exchange of personal and financial data.

TISA negotiations are currently taking place outside of the two multilateral agreements – the General Agreement on Trade in Services (GATS) and the World Trade Organisation (WTO) framework – that India is a signatory. However, the agreement is being crafted to be compatible with GATS so that a critical mass of participants will be able to pressurise the remaining WTO members such as India to sign on in the future. In a press release announcing the release of the TISA document, WikiLeaks highlighted the absence of the BRICS countries of Brazil, Russia, India and China in the negotiations and said that the exclusive nature of TISA will weaken BRICS position in future services negotiations.

The draft text comes from the April 2014 negotiation round - the sixth round since the first held in April 2013. The next round of negotiations will take place on 23-27 June in Geneva, Switzerland.

In a preliminary analysis of the leaked financial services chapter of TISA , Jane Kelsey, Faculty of Law, University of Auckland, New Zealand, notes that the secrecy of negotiating documents exceeds even the Trans-Pacific Partnership Agreement (TPPA) and runs counter to moves in the WTO towards greater openness.

According to Kelsey, TISA is being promoted by the same governments that installed the failed model of financial (de)regulation in the WTO and which have been blamed for helping to fuel the global financial crisis. “The same states shut down moves by other WTO Members to critically debate these rules following the GFC with a view to reform. They want to expand and deepen the existing regime through TISA, bypassing the stalled Doha round at the WTO and creating a new template for future free trade agreements and ultimately for the WTO”, she notes adding that “TISA is designed for and in close consultation with the global finance industry, whose greed and recklessness has been blamed for successive crises and who continue to capture rulemaking in global institutions”.

The leaked text indicates that governments signing on to TISA will be expected to lock in and extend their current levels of financial deregulation and liberalization,  lose the right to require data to be held onshore; face pressure to authorise potentially toxic insurance products and risk a legal challenge if they adopt measures to prevent or respond to another crisis.

Indian civil society groups have in the past alleged that the mounting pressure of the US administration to force India to join agreements such as TISA  go against India’s developmental priorities and its potential to generate employment and create sustainable livelihoods.
Tags assigned to this article:
economy wto wikileaks joe c mathew othertop2 trade in international services agreement tisa