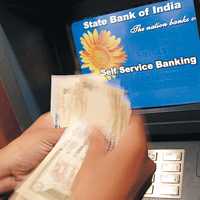 Despite the after-effects of the economic downturn and general depression in the global markets and economies, corporate India has shown no signs of losing appetite for capital, be it equity or debt. The graph shows capital raised by companies, including banks, except for private equity deals in unlisted companies, and rights and overseas issues by all companies. Unlisted companies raising debt through private placements are also included.

A large chunk of the capital raised this year has come from qualified institutional placements (QIPs) and the private placement route. The latter, like in previous years, has included roughly about 75 per cent of bonds issues by banks, says Prithvi Haldea of Prime Database.
Public offers have shrunk dramatically. Which means the risks from primary market get transferred to foreign institutional investors (FIIs) who participate in the non-public QIP issues.
(This story was published in Businessworld Issue Dated 04-01-2010)
Tags assigned to this article:
magazine economic downturn fiis rajesh gajra qips