India Inc Happy As Consumers Get To Spend More 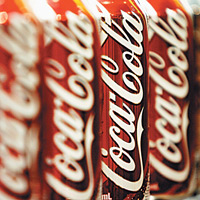 08 November, 2014
Print this article Font size -16+
Colas and cigarettes may cost more. But the mood among consumer goods companies is upbeat despite that. A large reason is that Finance Minister Arun Jaitley has put more money in people’s pocket which FMCG companies see as a positive sign to boost spending. They expect a spike in demand.

As Dabur CEO Sunil Duggal points out, “The hike in Income-tax exemption limit and the Investment limit under Section 80C would provide much needed relief to the salary earners who are reeling under the impact of high inflation as it would surely put more money and more savings in the hands of the common man and fuel consumerism.”

For Dabur, the government’s move to cut Excise Duty on machinery used in the manufacture of fruit juices and on packaging machinery from 10 per cent to 6 per cent comes as a welcome step.

Other items that have got cheaper are RO-based water purifiers, laptops, e-book readers, branded petrol, and diamond jewellery.

On the other hand, imported stainless steel and soft drinks have got costlier.

But Gupta brushes this aside. “There is an increase in duty on aerated drinks but it should not significantly impact the overall industry. These changes will hopefully lead to better demand and along with the incentives to invest in manufacturing, should help increase the manufacturing base in India,” he says.

One additional benefit for consumer goods and electronics sector, as pointed out by Gupta, is that they can now sell through eCommerce channel.

Soon Kwon, MD, LG India, felt that the budget had created an overall positive sentiment and was “realistic”. He was pleased at the announcement of investment allowance for manufacturing and said it would boost the sector. Like the other companies, he too expected the extra disposable income in the hands of consumers to create more demand for consumer goods.