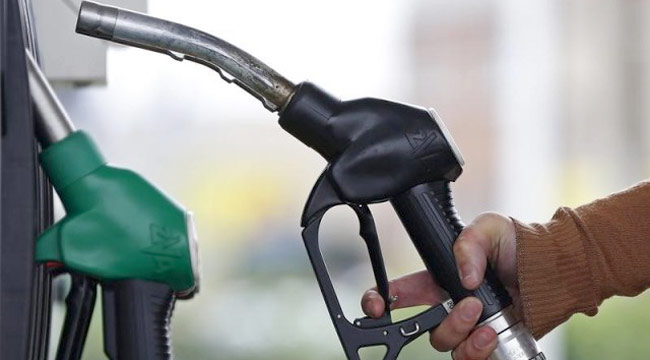 02 April, 2015
Print this article Font size -16+
India halted oil imports from Iran for the first time in at least a decade in March as New Delhi responded to US pressure to keep its shipments from Tehran within sanction limits during the last month of negotiations on a preliminary nuclear deal.
India is Iran's second-biggest buyer on an annual basis after China, yet it did not take any crude from Tehran in March, according to tanker arrival data from trade sources and ship tracking services on the Thomson Reuters terminal.
Refinery sources said this was the first time in at least a decade that no imports were made over the space of a month - indicating how Washington is trying to maximise economic pressure on Tehran amid the talks aimed at stopping Iran from gaining the capacity to develop a nuclear bomb.
"There is pressure from the US on all Asian buyers to stick to the sanctions regime," said Johannes Benigni, chairman of JBC Energy GmbH in Vienna.
Nuclear Talks
Iran and six world powers missed a Tuesday deadline to reach an outline accord on Tehran's nuclear program, extending talks into an extra day.
The negotiators ended talks in the Swiss city of Lausanne in the early hours of Wednesday and said they would reconvene later in the day. Iran and Russia expressed optimism that an initial agreement was within reach.
Iran will not be able to reap the benefits of any nuclear deal with world powers without the cooperation of its Gulf neighbours, Saudi Arabia's Foreign Minister Saud Al Faisal said.
"If the P5+1 wanted to give Iran a role in the region they should have first looked to favour an entente between Iran and the Arab states," Saud told the Shura Council, an appointed consultative body.
The halt in March comes after February imports hit a 1-1/2-year low for monthly imports, which together brought India's annual crude and condensate purchases from Iran in the year to March 31 to an average 220,000 barrels per day (bpd) or 11 million tonnes, slightly below shipments in the previous year.
Days ahead of a visit by US President Barack Obama to India in January, the oil ministry had told Essar Oil, Mangalore Refinery and Petrochemicals Ltd and Indian Oil Corp - the Indian refiners that buy from Iran - to cut their imports over February and March to keep the fiscal-year figure in line with sanctions limits.
Refiners in India had raised imports during the April-December period by more than 40 percent, leading US authorities to raise the alarm with India's Ministry of External Affairs ahead of Obama's visit.
The sanctions currently restrict Iran's overall exports to 1 million-1.1 million bpd, with Asian buyers required to keep their purchases near end-2013 levels.
In February, imports by Iran's four biggest buyers - China, India, Japan and South Korea - though down on-year, bounced back to average 1.02 million bpd, a two-month high, government and tanker-tracking data showed.
April Imports Expected To Rise
Despite India's import halt in March, shipments are expected to resume next month, with at least MRPL and Essar loading Iranian oil, trade sources said.
India's oil imports from Iran could sharply rise if sanctions are lifted and the Islamic nation continues to give oil on current terms, company officials said.
National Iranian Oil Co (NIOC) officials told Indian refiners it would continue to offer crude on 90-day credit terms and at a discount to the official selling price if sanctions were lifted, two sources said, although NIOC executives indicated Iran may stop offering free shipping.
"I will definitely consider Iranian oil based on economics. If current terms and conditions are retained, then we may buy," said B.K. Namdeo, head of refining at Hindustan Petroleum Corp Ltd.
HPCL has not received any Iranian crude since May 2013, after first halting its purchases from Iran in 2012 because insurance companies under pressure from Western sanctions had stopped covering installations processing Iranian oil.
MRPL, which has continued to buy Iranian crude, said it would import more oil from Tehran if sanctions are lifted.
"Subject to approval by the oil ministry ... we will increase the supply," said Vijay Joshi, head of refinery operations at MRPL.
(Agencies)
Tags assigned to this article:
news 3 saudi arabia essar oil barack obama iran nioc hindustan petroleum indian oil oil and gas mangalore refinery and petrochemicals