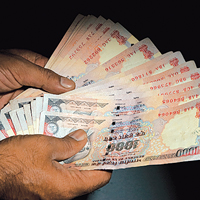 08 November, 2014
Print this article Font size -16+
The sharp depreciation of the rupee in mid-2013 highlights India's difficult transition following an extended period of low growth, high inflation and a widening in the current account deficit.

Fitch Ratings says in a report published today that the spillover effects of a weaker rupee have not significantly hurt India's creditworthiness, and hence would not trigger any rating action as this point.

The economy has not lost much momentum, with both agriculture and exports remaining resilient and providing a cushion. Fitch therefore expects the economy to recover with real GDP forecast to rise 4.8 per cent and 5.8 per cent in FY14 (financial year ending March 2014) and FY15, respectively, compared with a 5.0 per cent rise in FY13.

The modest economic recovery, however, will continue to undermine India's banking sector, which is facing a combination of weakening asset quality, eroding profit and declining capital. Nonetheless, these factors are likely to have only a moderate effect on the banking sector's ability to supply credit to the economy.

Inflation has risen only moderately, despite higher import prices stemming from the weaker rupee. The Reserve Bank of India (RBI) has also signalled that it has started to place a greater focus on capping CPI.

The current account deficit is narrowing, following measures to curb gold imports, a weaker exchange rate, and softer domestic demand. Fitch forecasts the current account deficit to decline to 3.1 per cent of GDP in FY14 (versus 4.8 per cent in FY13). This fall, however, will not be enough to shield India from further pressures related to the eventual start of Fed tapering.

India's budget remains under pressure as the central government's (CG) fiscal deficit in the first six months of FY14 stood at 76 per cent of the full-year target. The authorities have indicated that they are still committed to lowering the fiscal deficit to 4.8 per cent of GDP (versus 4.9 per cent in FY13). To achieve this, the CG is likely to clamp down heavily on expenditures in 2H FY14.

The ability to implement fiscal consolidation and continue with the overall economic adjustment process would support India's sovereign credit ratings. Fitch, however, acknowledges that the authorities' resolve to implement both tighter fiscal and monetary policies may be tested as the general election, which must be held by May 2014, approaches.