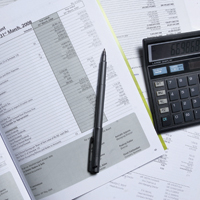 The just-released report on corporate governance by former cabinet secretary Naresh Chandra glosses over the fact that independent directors do not have enough powers. While the report recommends more responsibility and, thus, more liability on independent directors, it does not suggest any measures to ensure directors are given enough time to study balance sheets.

In most board meetings, the balance sheet is handed over to independent directors just minutes before the meeting starts, says Pradeep Kumar Dhingra, a Delhi-based chartered accountant.

In the West, laws insist independent directors be given at least three days to study the balance sheet, says Jim Quigley, global CEO of Deloitte.

"The (Naresh Chandra) report has moved the things in corporate governance, but still there is a long way to go," says Prithvi Haldea, chairman and managing director of Prime Database.

The Bank of Japan is pumping in about 10 trillion yen ($114 billion) to pep up the ailing Japanese economy. The money will go to Japanese banks by way of cheap short-term loans. This is aimed at encouraging the banks, which are yet to come out of the crisis, to increase lending. However, analysts view this as a political move rather than economic.