Ikea Closer To India Entry After Easing Of Rules 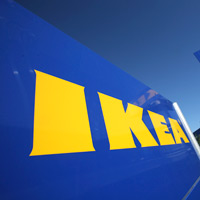 08 November, 2014
Print this article Font size -16+
Ikea, the world's largest furniture retailer, pushed ahead on Monday with a plan to open its first stores in India following the relaxation of rules on sourcing from local suppliers. India last month eased the heavily criticised rules, anxious not to scare off IKEA - one of the few big name firms that has unveiled plans to invest in the country - or any others willing to follow. The Swedish retailer said it had filed the last part of an application to begin trading in the world's second most
populous nation.
"Ikea Group views the recent developments related to single brand foreign direct investment in retail positively," the privately held group, known for budget furniture in self-build flat packs and huge stores, said in an emailed statement. "Once our application is approved we will develop a solid plan for the establishment of Ikea stores for many years to come."
India opened the door to foreign retailers in January, but drew criticism for demanding that companies source 30 per cent of their products from small- and medium-sized domestic firms. In September, the government dropped the requirement specifying the size of supplier.
Ikea in May unveiled plans to open 25 stores and invest 600 million euros there, but negotiations around the sourcing requirements raised the prospect the investment would be delayed. There are 338 Ikea stores around the world, 298 of which are run by Ikea Group and the other by external franchisees. The group is about to speed up expansion, mainly in existing but also in new markets.
(Reuters)
Tags assigned to this article:
india news 7 retail fdi fdi in retail ikea furniture reforms 2 stockholm sweden