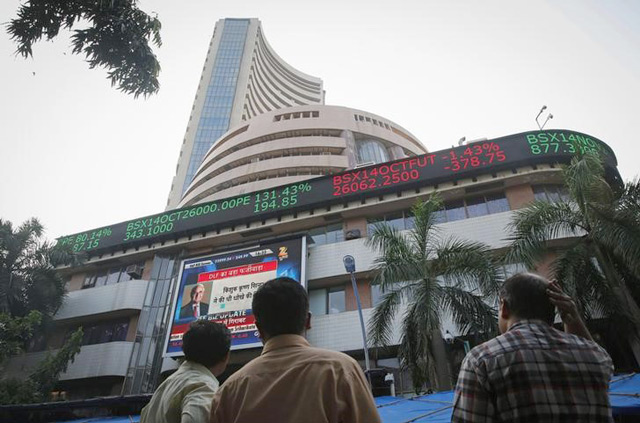 10 April, 2015
Print this article Font size -16+
Indian companies have lined up initial public offers (IPOs) worth at least Rs 8,000 crore in 2015 to fund business expansion and meet working capital requirements on expectations that the bullish trend in the stock markets would continue.
Videocon D2H, Lavasa Corporation, Adlabs Entertainment, Rashtriya Ispat Nigam Ltd (RINL) and MEP Infrastructure Developers are among the firms that are planning to launch public offers in the coming months.
At present, seven companies are planning to raise Rs 2,965 crore and have Sebi's approval. Another 12 firms, intending to mop-up Rs 5,362 crore, have filed draft documents with the capital market watchdog and are awaiting approval, Prime Database Managing Director Pranav Haldea said.
Most of the companies plans to garner funds for business expansion and to support working capital requirements.
The IPO market is expected to see some activity in 2015 as a dozen companies have filed draft papers with Sebi for public offers since the new government took charge at the Centre in May.
"In 2015, we will see spurt in IPO activities as more than a dozen companies have filed their draft documents in 2014 ," Geojit BNP Paribas Research Head Alex Mathew said.
He further said that many companies, which scrapped their IPO plans earlier due to bad market conditions, are making an another attempt to enter the capital markets.
Echoing a similar view, Haldea said: "A flurry of IPOs are expected in the Q4 (January-March period of 2015)."
Besides, Sebi is expected to notify new norms soon to sell shares through electronic IPOs (e-IPOs) to revitalise the market.
However, during the just-ended 2014, fund raising through IPOs was at Rs 1,528 crore, lower than Rs 1,619 crore raked in 2013.
Despite a stable government coming into power and the resultant buoyant secondary market, only six main-board IPOs came to the market.
The year, however, witnessed a flurry of activity on the Small and Medium Enterprise (SME) platform as there were as many as 40 SME IPOs which collected Rs 267 crore (In 2013, 35 IPOs mopped-up Rs 335 crore).
Marketmen said that an attractively priced IPO will get a good response from investors as its chances of listing with gains become higher. Conversely, if an IPO would be "over-priced", it may not be able to list attractively.
(PTI)
Tags assigned to this article:
corporate news 7 ipo rashtriya ispat nigam adlabs entertainment videocon d2h lavasa corporation mep infrastructure developers