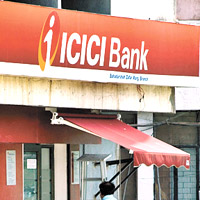 The bank also effected a similar hike in its prime lending rates, which will be applicable to existing customers who are on the floating rates, an ICICI Bank statement said.

The bank added that the fixed rate customers will not be impacted by the above revision and their contracted rates will remain unchanged.

Among the public sector lenders, only small-sized Andhra Bank has hiked the base rate so far, while others like Bank of India and Union Bank have in fact slashed the rates in late June.

The upward spike in interest rates follows fears within the system that the recent RBI tightening measures to prop the battered rupee are here to stay longer than expected.

The rupee fell to historic low of Rs 65.56 against the dollar today in intra-day trade but later recovered to close at 64.55 at close on reported dollar sales by RBI.