I Wanted To Save Patients' Lives In Just One Hour: Sudhanshu Dhama 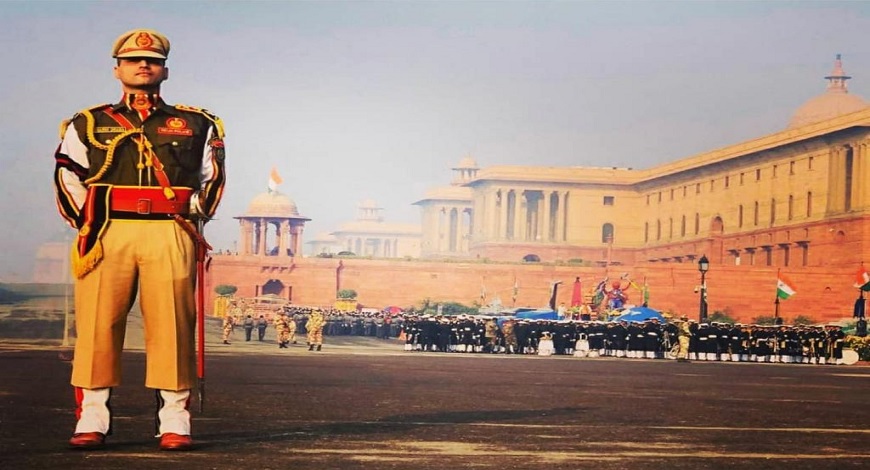 Some heroes wear capes but some wear khakhi! This saying is perfectly suitable for a young IPS officer, Sudhanshu Dhama who has become a star officer in Delhi Police.

Posted as Additional DCP Outer, Sudhanshu Dhama won accolades for saving an infant in merely seven hours from a kidnapper in Delhi and most recently supplying 40 oxygen cylinders to a hospital where patients were gasping for life.

Speaking about the oxygen cylinder supply, Addl DCP Sudhandhu Dhama said, “When the hospital,  we started calling various places who could help. One supplier in Bavana agreed to provide 10 but with more insistences, he provided many. We had 1.5 hours to pick the cylinders and transport them to the hospital. My team left everything aside and carried out this task. I just wanted to save lives of all the patients”.

35 Covid patients were on oxygen support at the Action Balaji Hospital in Paschim Vihar and had only one hour of supply left.

Dhama shot to fame with the rescue of a seven-month-old infant in Ranhola where a ransom of Rs. 40 lakhs was demanded.

Addl DCP Dhama said, “This case was difficult. At 1:30pm we received a call for ransom and by 8pm we found the child. The accused who was a tenant to the victim’s family was a BTech engineer, sharp and twisted around with the technology to escape police. He took cabs without booking, changed cabs, hired two wheeler, went to UP then came back to Delhi and kept evading tracking. I had understood that he is capable of harming the child”.

He added, “We had to act very calmly and tactfully because he was not a seasoned criminal. It was a wild chase in Uttamnagar, Kaushambi, Anand Vihar, Shahjahan Road, Aerocity, Mehramnagar, Dwarka when we were 800 meters apart, we decided to overpower him and blocked his way at Lajwanti Chowk Dwarka. I was more worried for the child but he was safe”.

He recalled, “As a probationer I was posted in Badarpur police station and then ACP Sangam Vihar. During my ACPship, I faced two child kidnapping cases where the threat was high and the children had to be saved. The operation went on for five to six days and spread in six to seven states. I also probed 20 murder cases in the same tenure and two high profile extortion cases”.

He added, “As a young officer, probing these cases gave experience to handle criminal cases. My first experience of law and order was the Ravidas temple demolition that involved handling protestors, firing gas guns and managing huge crowd”.

From last four months, Addl DCP Dhama is posted at Tikri border and handling the farmer protests. He was also involved in managing the law and order at the Republic Day violence where he got injured alongwith DCP Outer Parvinder Singh.

He said, “When the farmers reached the Red Fort and violence erupted, I was right there with my seniors and Parvinder Sir and I got injured while saving a constable. The handling of law and order in situation of violence, riots, and protests is the most challenging task. We made some mistakes during the Red Fort incident but we learnt from it”.

Add DCP Dhama however doesn’t credit his success to his knack of handling such cases but calls it right learning from his seniors.

He said, “I have learnt three things from my seniors- anticipation, planning and execution. My senior officers have been great guides. There is no SOP in policing. You can’t be an expert in handling one particular crime. You have to device new strategies”.

He was the parade commander of Delhi Police contingent at Independence Day and Republic Day in 2020.

Addl DCP Dhama hails from Baghpat in Uttar Pradesh and studied in a government school in Delhi. He did engineering from BITS Pilani and worked as a business analyst at a private firm in Gurugram for three years.

Many of his colleagues and well-wishers feel that it’s for the betterment of citizens, Sudhanshu Dhama chose civil services as this country needs more fine IPS officers like him.