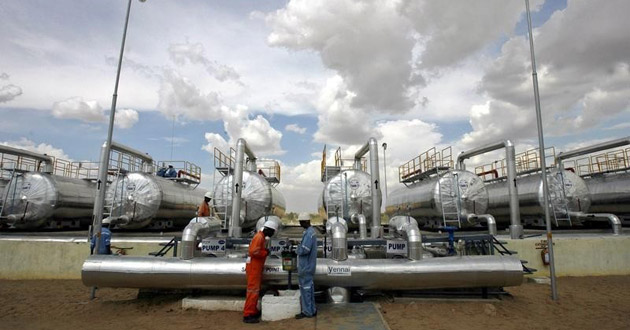 17 June, 2015
Print this article Font size -16+
The Income Tax Department will defend the Rs 20,495-crore tax claim it has made on Cairn India even after the company is merged with its parent Vedanta Ltd.
Cairn India has challenged the March I-T notice seeking Rs 20,495 crore in tax for its alleged failure to deduct withholding tax on alleged capital gains made by its erstwhile promoter, Cairn Energy Plc.
"This has gone to Court process. We have a provisional attachment order. We will ensure that we remain secure, whatever position changes we will ensure our security. We are certainly keeping watch on it," CBDT chairperson Anita Kapur told reporters here.
The Income Tax Department had separately slapped a Rs 10,247-crore tax demand on Cairn Energy Plc for an alleged Rs 24,500-crore worth capital gains it made in 2006 while transferring all of its Indian assets to a new company, Cairn India, and getting it listed on the stock exchanges.
After the notice, it restrained Cairn Energy from selling its residual 9.8 per cent stake in Cairn India. The shares have been frozen since then.
Vedanta chief executive Tom Albanese had earlier stated that the group was "frustrated" by the tax demand raised using retrospective legislation.
"My own view is that these types of cases don't help India's reputation in the international market. I was in Beijing last week and met some of the biggest fund houses from around the world and they were all asking what is going on in India," he had said on June 14.
Cairn India, which is 60 per cent owned by Vedanta and is being merged with the metal and mining firm, has stated that it does not agree with the tax demand and challenged it in the Delhi High Court.
"Our intention is to invest in India. We are frustrated by this tax case," Albanese had said.
Cairn Energy too has challenged the tax demand and has initiated arbitration under the India-UK Bilateral Investment Protection Treaty.
The Income Tax Department had alleged that Cairn India failed to deduct withholding tax on alleged capital gains arising during 2006-07 in the hands of Cairn UK.
The demand of Rs 20,495 crore comprises tax of Rs 10,248 crore and interest of approximately Rs 10,247 crore.
Cairn India says it has always been fully compliant with all Indian income tax laws. "Income tax assessments, including transfer pricing assessment were duly completed for financial year 2006-07, earlier," it had previously said.
(PTI)
Tags assigned to this article:
income tax cairn india cbdt capital gains vedanta ltd