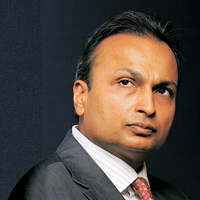 08 November, 2014
Print this article Font size -16+
Reliance ADAG Chairman Anil Ambani today (22 August) appeared as a prosecution witness before a Delhi court trying the 2G spectrum case and said he does not "recall" the various board meetings of a company, said to be an associate of RADAG, as the minutes were "not prepared" by him.

Getting no relief from the Supreme Court to avoid appearing as a CBI witness, Ambani took the witness stand for the first time and said he does not recall about each and every meeting of AAA Consultancy Services (P) when Special Public Prosecutor U.U. Lalit showed him the minutes of meetings the firm held in 2005-06.

"I attend a large number of meetings and I do not recall.

I am going by the records only," he told Special CBI Judge O.P. Saini.

To this, the judge told Ambani that although he does not recall about these meetings, in which he was present, the records must not be false.

"But you do not maintain false records. Your record must be correct," the judge asked Ambani.

"The records should be correct," Ambani said in response to the judge's query.

"Sir I want to take a call. One I do not recall now.

As soon as the recording of evidence began, Lalit asked Ambani about the board meetings of AAA Consultancy Services (P) Ltd held from January 2005.

Ambani's examination-in-chief by the prosecution will continue.

The Reliance ADAG Chairman and his wife Tina Ambani were summoned as witnesses in the case on CBI plea's that their testimony may throw light on alleged investment of over Rs 990 crores by his group companies in Swan Telecom.

The special court in its July 19 order had said that CBI's plea to summon Anil Ambani, Tina and 11 others as prosecution witnesses was essential for arriving at a just decision in the case.

On 21 August, the trial court had dismissed Reliance Telecom Ltd's plea for postponement of examination of additional witnesses -- Anil Ambani and his wife Tina -- in the 2G case, saying no prejudice would be caused to any accused by their deposition.

RTL had not got any relief from the Supreme Court either, which had declined to pass any order on its plea for stay of trial court's direction summoning Anil Ambani and other witnesses in the 2G case.

On August 17, RTL had approached the special CBI court with the plea that it should "await" outcome of the Supreme Court proceedings on their petition challenging summoning of additional witnesses in the case, before examining Anil and Tina Ambani.

The trial court, in its July 19 order, had said CBI's plea to summon Anil, Tina and 11 others as prosecution witnesses was essential for arriving at a just decision in the case.

The court had summoned Anil today to record his statement in the case. Tina has been summoned tomorrow to depose as a witness.

RTL, along with others, including former Telecom Minister A. Raja and DMK MP Kanimozhi, is facing trial in 2G case.