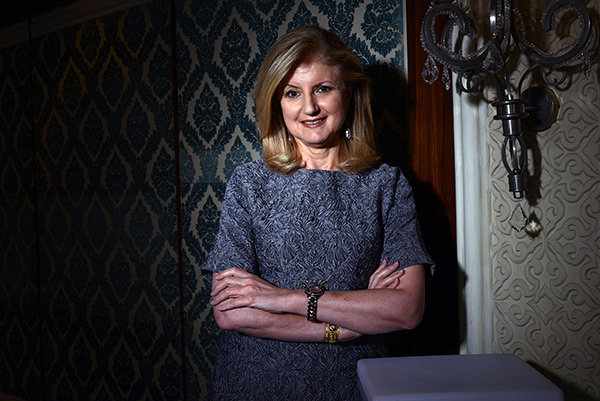 Significantly, HuffPo India launched with the announcement that all digital advertising inventory on the news website had been presold for a year. “We are launching day one of our operations in India with all ad inventory for a year pre-sold to GroupM. This means we have no concerns about revenue for this year and can focus on our content,” said Arianna Huffington, the dynamic president and editor-in-chief of the Huffington Post Media Group, talking exclusively to Businessworld.

Satyan Gajwani, CEO of Times Internet (TIL), the digital arm of Times of India, termed the investment by Group M (sum undisclosed) as “evangelizing a new media property” to show the opportunity to advertisers.

Asked if the gamble of booking ad inventory for a year would pay off, GroupM South Asia CEO C V L Srinvias sounded confident it would. "Brands are yet to harness the full potential of digital media and GroupM would be working together with Huffington Post India to create these opportunities," he said.

The day began for key officials of Huffington Post India, TIL and GroupM with a power breakfast meeting with potential advertisers during which they shared the Huffpost story of how it all began as well as subtly pointing out the opportunities that would exist for brands to leverage the platform.  Native advertising (sponsored content or advertorials) is something that the news website is pushing with brands.

According to Arianna Huffington, the news website has been at the forefront of innovations on new advertising formats beginning with native advertising, and stuff like its social impact platform.  At the same time, she reiterated how Huff Post had managed to maintain the Chinese Wall between editorial content and sponsored content by having a different department – Partner Studios - to produce that content.

Native advertising contributes to a third of Huffington Post’s revenues, which according to its president comes almost entirely from advertising.

Is that model likely to remain sustainable at a time when many competing digital news platforms are taking off in India such as scroll.in, quartz, firstpost, and soon to be launched properties of Mediascape founded by Shekhar Gupta. More importantly, wouldn’t tying up with HuffPo in a way cannibalise ad space on Times Internet’s other news properties?

Gajwani sounded unflustered pointing out that digital media is “unlikely to be a one voice market”.  He also said that at the moment digital media is an opportunity area and “I would not hold my breath for digital media’s revenue growth to cross print as yet.”

According to Arianna Huffington, when the news website launched its Japanese edition, the ad inventory there too was pre sold for a year to Dentsu. And it was renewed a year later.  The news website has usually followed a 50: 50 Joint Venture route to global expansions, tying up with local partners. In this case it is a "commercial arrangement".

Gajwani shared that the Times Group first initiated the conversation with Huffington Post five years ago and discussions got serious last year.