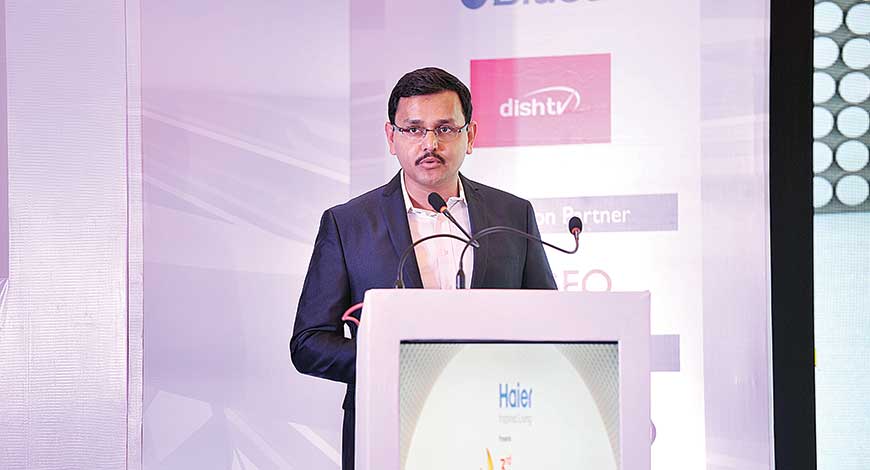 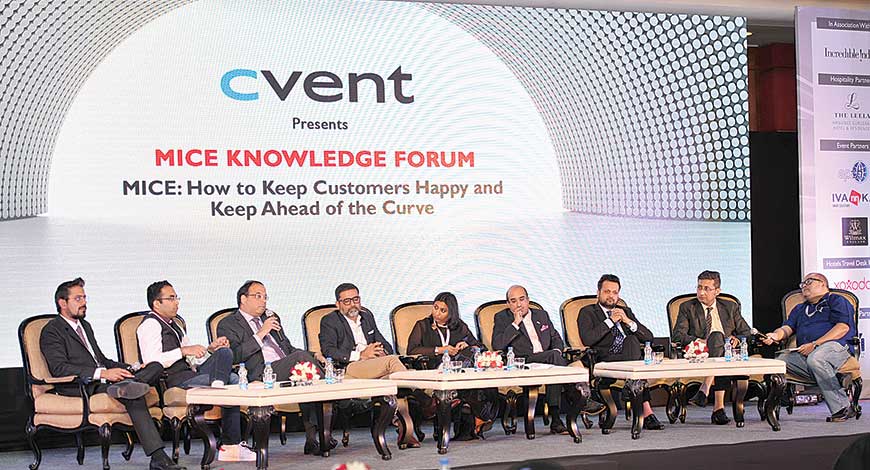 The tourism industry can be the biggest propeller for fulfilling the Prime Minister’s dream of creating a new India. In the past three years, the government has been able to do what India couldn’t manage to do in 70 years. Last year we crossed 10 million marking of foreign tourist arrivals and we grew in terms of 15.8 percent. Inbound tourism is one of our focus points; we have succeeded in that too. Last year we had 1.8 billion trips by Indian in India itself,” said Minister of Tourism, Alphons Kannanthanam.

He was speaking at the 3rd edition of BW Hotelier Indian Hospitality Awards and Summit 2018 held at the Leela Ambience Gurugram that focused on how hospitality industry is dealing with disruptors. The two jam-packed days featured sessions discussing New Business Channels; Disruptive forces in F&B Domestic Tourism; Kitchen Technologies; Importance of Clean Air for hotel guests; Designing the Hotel for the Future and other important issues including Ownership in the age of disruption.

The Awards evening was one-of-a-kind gala dinner held at the Pearl Ballroom of The Leela Ambience Gurugram with people cheering up for the winners of the night. The guest of honour for the evening was Minister of Tourism, Shri Alphons Kannanthanam who felicitated the industry people who have made their exemplary contribution to the Indian Hospitality Industry.

Speaking about the importance of tourism sector he addressed the delegates, “We want to double the numbers of foreign tourist arrivals in three years. Tourism in India must be a transformational experience. We should bring the inner transformation to people visiting India. We should promote our heritage and culture and bring out new ways of marketing Incredible India.” He cited the example of ‘The Yogi of the Racetrack’ which has created a sensation on the digital platform.
Keeping the Summit’s theme in mind, “Dealing with Disruption”, and speaking at the inaugural session, Manav Thadani, Founder-Chairman, Hotelivate, addressed some of these important elements of the sector, how to deal with the market forces and what will survive in this constantly evolving world of technology.

“Technology is in a constant state of evolution, and the hospitality industry needs to evolve simultaneously,” he said. “Hospitality sector has always been slow in adapting technology and we need to be prepared for the good times sooner or later.”

Shaju Zacharia, VP, Indian Culinary forum; Sandip Narang, Executive chef, Taj West End, Bengaluru; Rajat Sethi, General Manager, The Grand New Delhi; Rahul Prabhakar, Chief Engineer, ITC Maurya New Delhi and Manish Uniyal, Manager, Cold Chain Solutions, Haier discussed upon Kitchen Technology where together they stressed upon industry demanding more innovations especially in the kitchens. Sidharth Gupta, Co-Founder, Treebo Hotels shared his learning’s from the journey of Treebo so far whereas Rattan Keswani, Deputy Managing Director, The Lemon Tree mentioned some of the disruptive challenges. He stressed upon finding right alliances and finding one’s growth patterns as he mentioned, “Do what you are good at it and do it well! The digital space will come to you instead of you going to space.”

The event also witnessed discussion upon designing the hotel for the future and Ownership in the age of disruption. Zia Sheikh, CEO, Svenska Hotels who was speaking at the ‘Design and Architecture Forum’ said, “A bunch of travellers who have stayed in our hotel have given us a fantastic feedback and keep coming back to us. This is because they feel with trendy designs, our experience is different. It is not something which is like any other cookie cutter. Their entire experience is not just front end guest facing design. So what we have realised is that it is not just about being modern, chic and trendy.”

The Awards ceremony in the evening was graced by the veterans from the hotel and restaurant industry, CEOs, hotel proprietors, chief architects, top managers, and hospitality stalwarts.