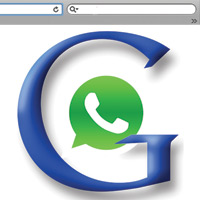 08 November, 2014
Print this article Font size -16+
Okay, so it emerges that Google is not buying WhatsApp after all. At least not just yet. The rumour, however, put the spotlight on social apps once again.

Early this year, App Annie, an app store analytics firm, had highlighted that social apps had jumped to the No. 3 spot (from No. 12 last year) in app store downloads. And how downloads for social apps are up 30 per cent year on year. Productivity and gaming apps continue to be the top two paid apps.

Well, WhatsApp certainly has the world hooked — at last count there were 250 million using it worldwide, sending 10 billion messages daily. The other runaway success among social apps has been Vine, the video-sharing app owned by Twitter that allows users to tweet short video loops. It has just climbed the charts to hit the number one spot on the iOS App Store, according to Vine Labs.

Meanwhile, Facebook is not quiet on the app front either. It has just introduced a new app called Home, for Android smartphones, that will allow Android phone users to see their FB feeds and messages upfront on their homescreen.

DIG THE DATA
Top Of The Charts
According to tech analyst Canalys, Google Play accounts for 51 per cent of all app downloads while for Apple’s App Store, it is 40 per cent. However, Apple leads the market in terms of revenues, with a 74 per cent share; Google’s share is close to 20 per cent.

All About Timing
According to analytics platform KISSmetrics, the best time to post a tweet , for it to be retweeted, is 5 pm. And, the best time for your Facebook post to be shared by the maximum number of people is 1 pm.


BRAND BUZZ
Mood Check
Get ready for an emoticon storm on your Facebook timeline. For those who prefer symbolic gestures to words, Facebook has unveiled yet another button that lets you express what you feel without writing anything. FB’s status update box has now begun offering the option of sharing how you feel via a drop-down menu of emoticons and other media. To start with, the service is available only in select geographies.