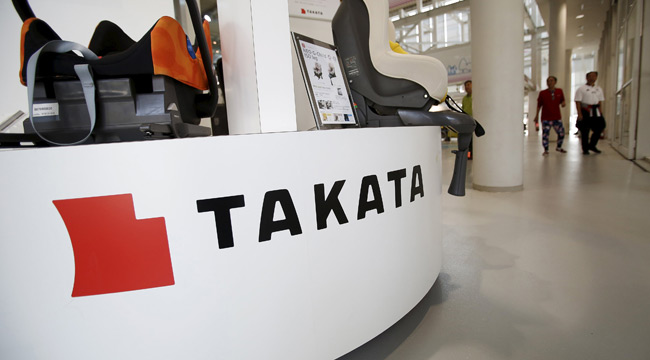 This will bring to about 2.3 million the number of Accord and Civic sedans with Takata's front passenger-side air bags that have been recalled, the automaker said.

The Accord and Civic model sedans in this latest recall have already been recalled previously for front driver-side air bags, a Honda spokesman said.

The total number of Honda vehicles recalled, however, did not increase from about 6.3 million as a result of Monday's announcement.

The recall for front driver-side air bags had previously been expanded beyond a regional recall involving states with high humidity. On Monday, the passenger-side air bag recall was expanded to a national scope, Honda said.

As of last week, Honda had replaced 1.99 million inflators in its recalled vehicles. The total number of vehiclesin which these inflators were installed was not immediately available.

Some Takata air bags have opened with too much force, sending shrapnel into the vehicle. US safety officials, as well as Takata officials, have said that exposure to humidity over time has been a factor in the erroneous air bag deployments.

Seven people have been killed in Honda cars with Takata air bags, six of them in the United States.

The crash in the most recently reported death, of a 22-year-old woman in Louisiana, occurred two days before a recall notice arrived in the mail from Honda, according to Kenneth St. Pé, the attorney for the woman's family.

Honda said its dealers have been replacing air bag inflators at a rate of 50,000 per week and that the pace will accelerate.