Homing In On The Right Loan 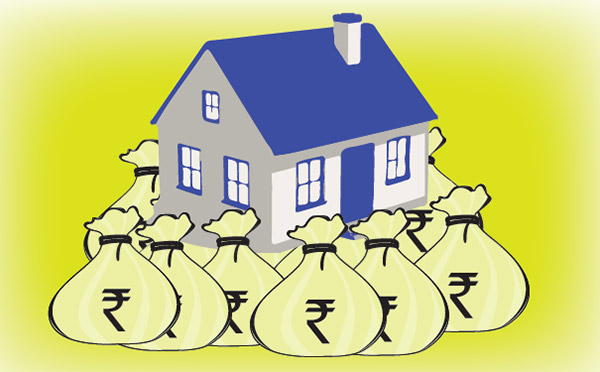 08 November, 2014
Print this article Font size -16+
With a stable government in place and market conditions improving, the demand for housing loans is expected to witness a spurt. Many who had put their dream of owning a house on hold, are likely to reconsider their decision. The first step towards owning a house, however, starts with selecting a lender from among the hundreds of banks and non-banking financial companies (NBFC) that best suits your requirements.

There are some basic differences between banks and NBFCs. While banks are mainly categorised as state-run and private, NBFCs involved in housing finance are generally known as housing finance companies (HFC).

At the regulatory level, while banks are regulated by the Reserve Bank of India (RBI), HFCs are governed by the National Housing Bank (NHB). The rules governing interest rates are different for banks and HFCs. The latter decide the interest rate based on the prime lending rate system, whereas banks, which followed the same system as HFCs till 2010, now calculate interest rates on the base rate system.

In simple terms, RBI governs the rate at which banks can lend money and the rate the banks offer on deposits. On the other hand, HFCs that borrow from different sources for financing calculate their home loan rates based on their borrowing costs.

In effect, both HFCs and banks have almost similar lending rates as they compete to get the same customer.
Presently, the home loan market in India is estimated to be around Rs 5 lakh crore, of which 60 per cent is controlled by banks and the rest is by NBFCs.

Scope To Co-exist
While traditionally, banks dominated the housing loan space, HFCs aren’t far behind. With institutions such as HDFC and LIC Housing Finance in the fray, HFCs have come a long way.

Both banks and HFCs have offerings to suit the needs of those seeking home loans.

The demand for housing loans in India and the extent of untapped sections of the market is a pointer to the tremendous potential for growth of both banks and HFCs, say industry experts.

When opting for a housing loan, the first thing that one considers is the interest rate. More often than not, the rates offered by banks are lower than those offered by HFCs. “Generally, banks score over HFCs in terms of interest rates due to easy access to low-cost funds and a large customer base. Also, since the lending rate of banks is based on RBI’s base rate, there is a more transparent mechanism at play,” says Sumit Bali, executive vice-president and head of retail assets, Kotak Mahindra Bank.

Kotak Mahindra Bank has an average loan size of Rs 50 lakh, and is more focused on high-end customers. The bank, which is a comparatively new player in the housing loan segment, currently has a retail customer book size of Rs 13,000 crore. But like most banks, it has to follow the norms set by RBI for lending to the priority sector —rural areas and economically weaker sections of society. These norms, however, tend to eat into the profit margins of banks. “Banks operate on wafer-thin margins, so we scale up our operations (to maintain margins). We are now focusing on expanding in rural areas and serving the rural Indian,” says Bali.

HFCs, which are deemed to be specialists in housing loans, don’t have it easy in the markets either. “We raise funds through various modes such as bank loans, bonds, commercial papers and portfolio sell-down. On average, we borrow funds at 10.1 per cent interest. The three main disadvantages are that banks have greater scale and a bigger reach. Banks can raise low-cost funds and can sell and cross-sell multiple products to the consumers,” says Ashwini Kumar Hooda, deputy managing director, Indiabulls Housing Finance.

Pros & Cons
When 25-year-old Nitin Thakkar, a resident of Mumbai who started working two years ago, found out that he would have to arrange for around 25 per cent of the total cost of a property on his own even if he opted for a home loan from a bank, he didn’t know what to do. It was a big sum. There was no way he could arrange it on his own. As per RBI guidelines, banks cannot lend for documentation and stamp duty paid on the property.

In comparison, HFCs can not only lend up to 90 per cent of the total property cost, they can also extend a top-up loan to meet other registration-related costs. So, for customers who want to get the maximum loan possible, HFCs may be a better bet.

As a counter, finance companies claim their customer service is superior to banks. HFCs offer a full range of services from property search to financing options — all under one roof. They also claim that since they are purely focused on housing loans, they can perform the required due diligence on properties for the customer, and hence provide them better security. “Another thing that helps us is our low cost structure — low credit cost and no requirement of SLR, CRR or priority sector lending,” adds Hooda.

For instance, banks often ask customers to seek legal opinion on their chosen properties from an independent source, while an HFC performs that task in-house.

That said, banks can offer offset loans that HFCs cannot. So, for someone who has a savings account with a bank from which he has taken a home loan, the interest on savings can be offset against the interest charged on the loan. This facility is beneficial to those with a substantial amount of savings.

While HFCs cannot offer that, they can offer a better deal when it comes to selecting a property, say industry trackers. “The loan given depends on two things — capability of the customer (to repay) and (the value of) the property. And since 70 per cent of home loans are taken for under-construction properties, HFCs are in a better position to assess the risks associated with them,” says Rungta.

“Use of the latest technology in credit underwriting and in-house legal and technical expertise reduce turnaround time, and help customers get loans faster. We sanction home loans within three working days for salaried individuals, and in five for self-employed individuals,” says Rakesh Makkar, president and chief distribution officer, Dewan Housing Finance, one of the leading HFCs.

Whether you decide to take a loan from an HFC or a bank, one thing that most customers do not do is bargain for a softer interest rate. Improbable as it may seem, many banks do reduce interest rates marginally or throw in some freebies if the potential customer is persistent.