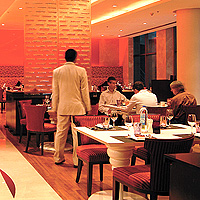 "Once the tax gets implemented, the costs will be passed on to the consumer; this will have a direct impact on foreign tourist flow within the country," Vivek Nair, chairperson of World Travel and Tourism Council and vice-chairman and MD of Leela Group of hotels said at a media conference in Delhi this week. In the budget, Mukherjee introduced an additional service tax of 5 per cent on hotel rooms having tariff of over Rs 1,000 per day and 3 per cent on air-conditioned restaurants serving liquor.

Compared to countries such as Maldives, Japan and Thailand, where service taxes on hotel rooms are 3.5 per cent, 5 per cent and 7 per cent, respectively, tourists to and within India will end up paying a hefty amount on accommodation. Dipak Deva, CEO of destination management, India and South Asia at Kuoni, a travel management company said: "This will impact business contracted for the next 12 months; the tax will come on travel agents since 65 per cent cost of inbound travel is hotel bookings."

Once these taxes are implemented, taxes on room rates will go up to 16 per cent, and tax on food will also touch 16 per cent. "The concerns have been brought to the notice of the finance minister and the revenue secretary," says Jyotsana Suri, chairman and MD of Bharat Hotels.
However, convincing the government for a roll back, especially when it is trying to get the fiscal deficit under control, will be hard.