Shimla (Himachal Pradesh) [India], January 24 (ANI): Himachal Pradesh Chief Minister Jai Ram Thakur on Sunday visited The Ridge road, which is a large open space located in the Center of Shimla, to review preparedness ahead of the golden jubilee function of Statehood on January 25 (Monday).
During the visit, the Chief Minister directed officials to make the event a success and memorable by making foolproof and elaborate arrangements. Thakur also asked them to ensure the minimum inconvenience of public and tourists during the celebrations, as per an official statement.
Apart from that, the Chief Minister also visited exhibition stalls and directed officials to make the exhibitions interesting and catchy so that people could get a glimpse of 50 years of glorious journey of the development of the State. 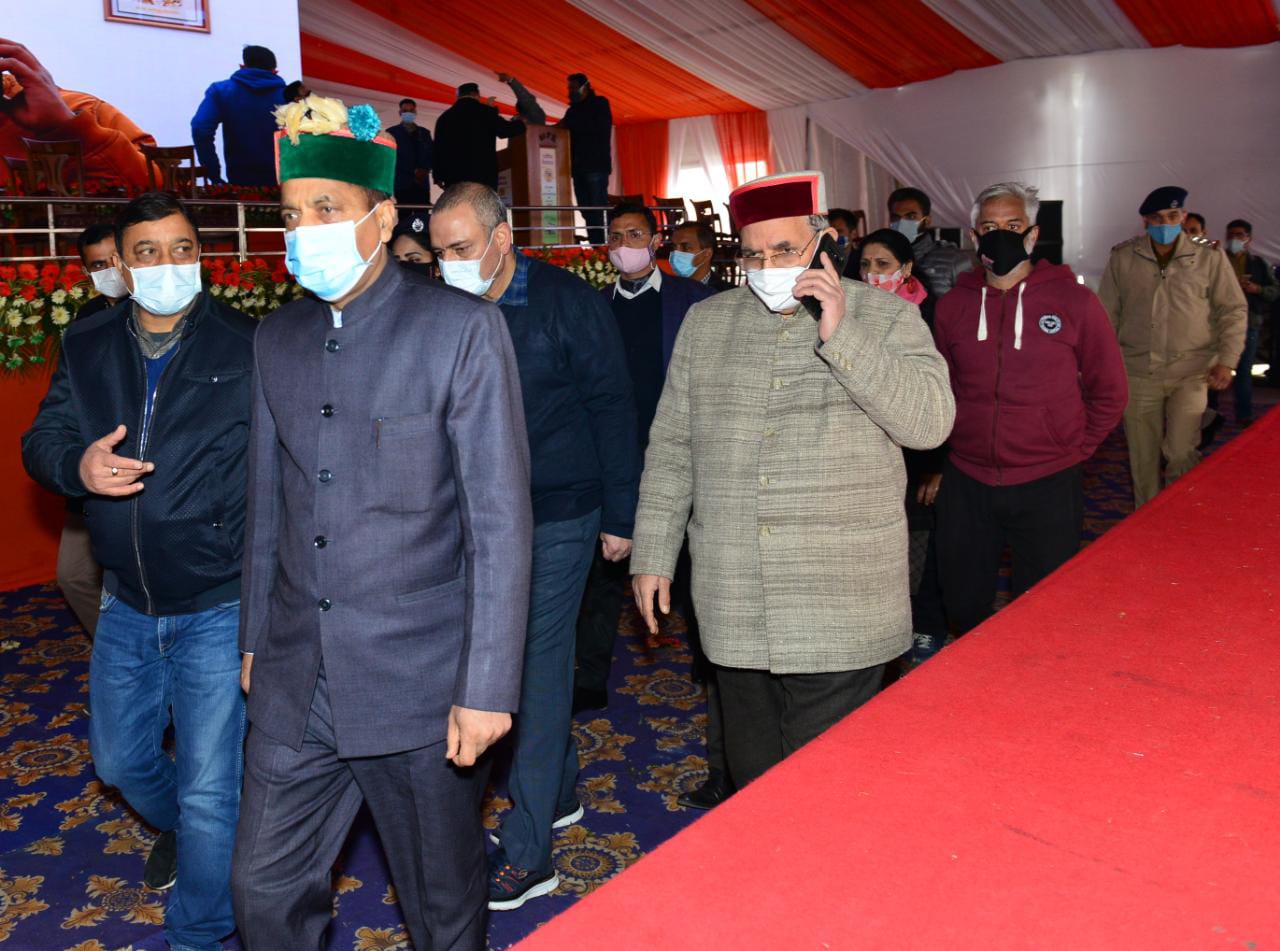