Washington D.C. [USA], Aug 5 (ANI): American actor Hilary Duff is flaunting her figure and encouraging her fans to do what that makes them happy, all at once.
According to Fox News, the 32-year-old singer shared a new photo on Instagram, in which she donned a two-piece bikini paired with some jewellery, round sunglasses and a top-knot hairstyle.
The actor's toned abs and arms, as well as a slim figure, were showcased in the stunning photo.
In the caption, Duff revealed that she's been dieting, but hasn't had to sacrifice some of her favourite goodies. 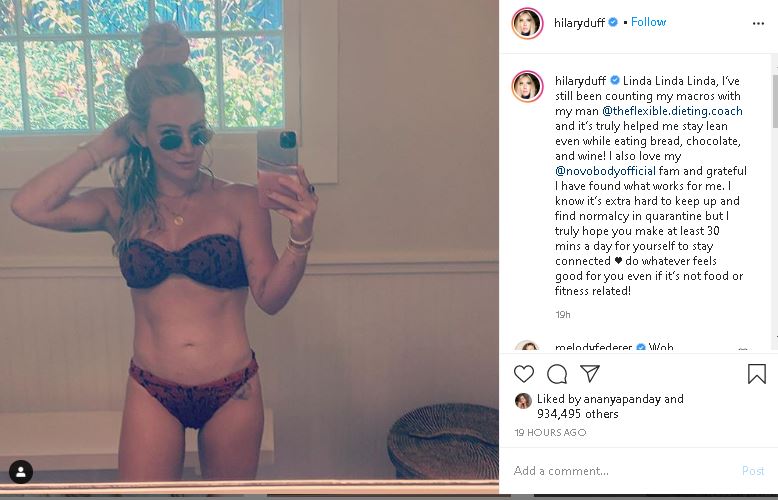 The 'So Yesterday' singer, said that she's been "counting [her] macros" with help from a dieting coach, which has helped her to "stay lean even while eating bread, chocolate, and wine!"
Fox News reported that the former 'Lizzie McGuire' star also gave a shoutout to Novo Body Fitness, saying she's "grateful" to have found a routine that works for her.
"I know it's extra hard to keep up and find normalcy in quarantine but I truly hope you make at least 30 mins a day for yourself to stay connected," she continued, adding a small heart emoji.
Duff concluded: "Do whatever feels good for you even if it's not food or fitness related!"
The pic drew plenty of praise from the star's followers.
"Damn woman!!!" wrote one fan. "I love seeing you proud of that hard work."
Another called the actress a "smokeshow."
"YOU ARE FIRE!" said a third, followed by a string of flame emojis.
Comedian Whitney Cummings simply wrote: "Jesus Christ." (ANI)