High-income Individuals May Not Get LPG Subsidy 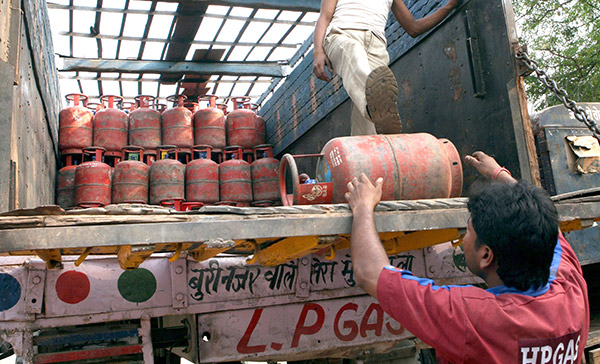 02 December, 2014
Print this article Font size -16+
The NDA government is working on a formula to limit the number of people getting subsidised LPG cylinder on the basis of their income. The formula is being worked out and will be unveiled during the Budget of 2015, allowing the government to bring down its fuel subsidy bill substantially.

Earlier, the ministry of petroleum had urged the senior executives of the oil marketing companies to surrender subsidised LPG connections voluntarily. The government has also urged people in the high income bracket and users of piped natural gas, to give up their subsidised cylinders. However, as per the newspaper reports, a little over 8,000 people have registered for surrendering their subsidised LPG connections.  There are 15 crore LPG connections in the country and the government- including the previous UPA government- has been trying to dissuade people from consuming subsidized cylinders.

The government is likely to decide a threshold for LPG subsidy based on the income tax return filed by people. However, it does not want to omit people at the lower end of the tax pyramid.

From November 14, the government also re-started the direct subsidy transfer to the accounts of consumers of LPG cylinders in select districts. From January 1 this year, only those people will get the subsidy in their accounts who will have attached their bank accounts with Aadhar number.

Union minister for petroleum had earlier said that his ministry was consulting the department of expenditure on a new system of fixing the subsidy with Department of Expenditure. Currently, consumers pay less than half the market price for up to 12 subsidised cylinders.

In 2013-14, the government and its oil marketing companies s bore a revenue loss of Rs 46,400 crore on account of selling LPG below market price.

In its attempt to control the fuel  subsidy, the  NDA government in October de-controlled the diesel prices in the country. The fall in the international crude oil prices and the de-control of diesel will lead to reduction of fuel subsidy at Rs. 75,000 crore in FY15 as against Rs 1,40,000 in the previous year.